A Blueprint for Constitutional Reform for St. Lucia, the OECS and the Caribbean 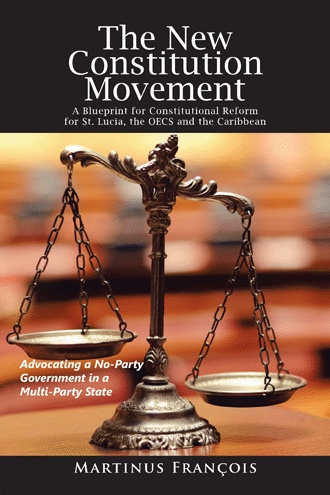 THE NEW CONSTITUTION MOVEMENT sets out boldly to fill the void that was left after the disbanding of the Constitutional Review Commission and its Report, which became yet another casualty of the myopic self-interest of our postcolonial two-party dictatorship political system in St. Lucia known as the “Westminster Model”. The extraordinary thing about THE NEW CONSTITUTION MOVEMENT is that it should be read as a fitting epitaph to the Westminster Model of political governance bequeathed to us by London as part of our 1979 Independence “gift”. The basic postulation of THE NEW CONSTITUTION MOVEMENT is that government and politics in St. Lucia, the OECS and the wider Caribbean needs to be reinvented for a post-postcolonial 21st-century society. The fact is, building a new 21st-century society on the wreckage of the old and decrepit postcolonial structures involves the design of new, more appropriate political systems which must be altogether tougher, more challenging, more positive, more ambitious, more inspirational, more generational and, above all, more transformational. This book shows how, through a process of social reengineering, we need to radically overhaul or even scrap many of the hitherto sacred cows of the colonially inherited Westminster system to the point that they may even lose some of their traditional meanings: the Monarchy, the Office of Governor-General, the Executive Branch, the Office of Prime Minister, the Cabinet System, the Legislative Branch, the Senate, the Office of Leader of the Opposition, the Political Parties, the Public Service, Local and Municipal Government, and last but not least, Regional Integration.