IT'S A CRAZY, WONDERFUL LIFE!

101 Brief Accounts of the Crazy, Unusual, Happy, Strange, Delightful, Sometimes Dangerous Things that Happened on the Way to My Grave 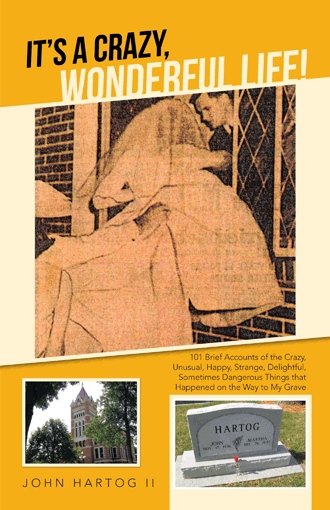 Seney Orange City, Iowa, the county seat of Sioux, welcomed me into the world. My mother gave me birth in a big white house, turned into a hospital, as my father waited expectantly for the news in the “waiting room.” He was delighted when the doctor came out and roared, “You have a boy!” I would carry on my parents’ Dutch heritage, or so they thought! After all, three of my grandparents (my paternal grandparents and maternal grandpa) immigrated from the Netherlands. My maternal grandma was born in America to a couple who had immigrated from the Netherlands a generation earlier. Before coming to America, my maternal great grandpa had been a sea captain. His world travels had enabled him to become fluent in seven languages. From him I inherited the fascination with foreign languages. Though I was born in Orange City, I spent my first six years in Seney, a small Iowa village that had no paved roads or sidewalks. Our sidewalk was actually a boardwalk. We lived in a rented house that cost $10.00 a month. Uncle Jake and Aunt Anna also lived in Seney. Since their house was a little smaller than ours, their rent was only $8.00 a month. We had no running water; so we hauled water from a well using a hand powered pump, which froze sometimes in the winter. My father was a wise entrepreneur who began a grain elevator business during the Great Depression—He started out with nothing. Through diligent work and prudent financial principles, he was able to buy an old, abandoned grain elevator in Seney. Father’s business prospered under his guidance, and later he bought a second elevator in Granville, Iowa. Of course, when they first began their endeavor, my parents experienced some financial hardships. One day, Father came home from work with a quart of milk, which was all he could afford to buy for supper. It was dark when he arrived home; and, when he set the jug on the kitchen counter, he did not realize that he had set it on the edge. The glass jug fell to the floor and broke! That night Mother and Father went to bed hungry. The earliest recollection I have of my childhood happened on a fishing trip when I was about two-and-a-half years old. On this occasion, our family and Aunt Nellie were on our way to the Lake of the Woods in northern Minnesota—my father’s favorite fishing spot. Seated in the back seat next to Aunt Nellie, I was enjoying every bit of the beautiful scenery, especially the trees. They allured me, although I was so young. The majestic evergreens parading by my window mesmerized me. Eventually, their rapid speed made me dizzy and weak. Aunt Nellie pinpointed the trouble the moment she saw the pale, sad-eyed little boy sitting beside her. She opened the rear window, grabbed me by my pants, and shoved me halfway out of the window. And I lost my dinner to the wind! Another incident that is imprinted on my mind took place when I was five years old in kindergarten, which met in a two-room school house. The U.S. Department of Agriculture had a surplus of peanut butter, and the solution to their problem was to give it away. Thus, our school became the recipient of a government hand out! We received peanut butter jars galore! Yummy! 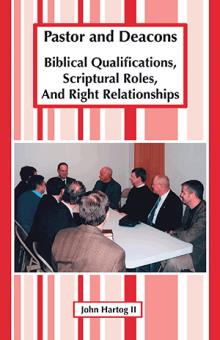 *When I was a child, a hatchery worker stuffed my pockets full of live baby chicks and sent me home.
*When I was a teenager taking care of my grand-father by myself, he set on fire the couch on which he was sitting.
*I was in kindergarten, first grade, and second grade, all in the same calendar year.  Nine years later, I became a high school drop out.  After high school, I attended school for seventeen years.  In the process, I earned six academic degrees including two doctorates.
*On one occasion, a seminary classmate and I were famished, and the only food on hand was under dirt.  To get through the day, we dug raw peanuts with our bare hands out of an already harvested field.
*To get married, I climbed a pole onto a roof, and my wife was shoved into the church through a window.
*The airline, which my wife and I flew on a South American trip, went bankrupt and left us stranded in a 1,200-foot-high-mountain city.

But all that is getting ahead of what you are about to read.  All the incidents recorded in this book are true and are recorded to the best of my memory.

Sit back, grab a cup of tea, and have a few laughs along the way because,  “A merry heart does good like medicine.” Proverbs 17:22 (NKJV )

In addition to Pastor and Deacons, John Hartog II has authored Enduring to the End as well as these Sunday school booklets: The Fall of a Kingdom (Jeremiah), When the Church was Young and Bold (Acts), Abounding Grace (Ephesians), Ruin and Restoration (Minor Prophets); and he has co-authored with his sons: Knowing GodÕs Will, Old Testament Survey, and New Testament Survey. Hartog ministered as professor at Montana Institute of the Bible, and Calvary Bible College (MO), and is currently Senior Professor at Faith Baptist Bible College and Theological Seminary (IA). He has served as librarian at Dallas Theological Seminary, Grace Theological Seminary, Montana Institute of the Bible, Calvary Bible College, and FBBC&TS (IA). The Author was born and reared in Iowa. His education includes: an A.A. in history, Northwestern College (IA); Studies in Bible, Moody Bible Institute (IL); B.A. in history, Wheaton College (IL); M.S.L.S. in Library Science, East Texas State University; Th. M in Hebrew and Old Testament, Dallas Theological Seminary (TX); D. Min. in Pastoral Studies, Central Baptist Theological Seminary (MN); and a Th. D. in Systematic Theology, Grace Theological Seminary (IN). John Hartog II is married to Martha, and has two sons, John III and Paul Anthony. Both sons are also in full time ministry in the teaching and pastoral fields.