BOOK THREE HE SHOT THE SHERIFF 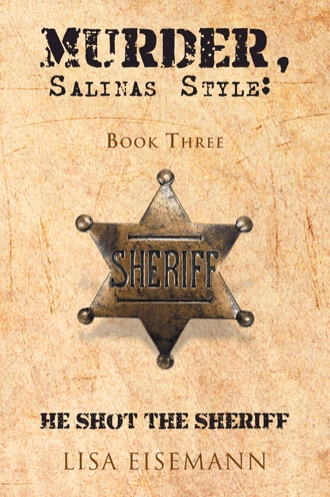 Henry Farley thought the moisture he felt on his forehead and cheek was from the fog, so typical of Salinas in the fall. He heard more commotion around him and felt himself lifted up by hands unknown. By the time he realized he had been shot, he had little time to think about his family and friends. He drifted out quickly as the crowd around him desperately shouted for help. He died within minutes. The Sheriff of Monterey County had just been murdered. 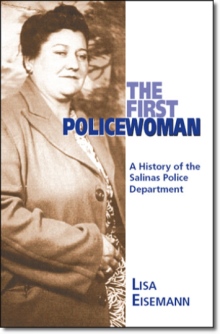 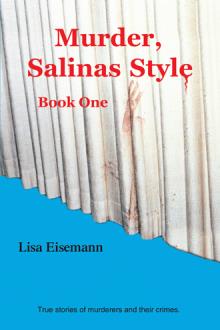 Henry Reid Farley is just twenty-eight years old on November 8, 1898, when he is elected Sheriff of Monterey County. Less than a year later, Sheriff Farley lay in his grave. Now the citizens of Salinas are out for revenge. Immediately after the sheriff’s murder, local gun stores open their doors in the dark of the night to hand out weapons to several people intending to hunt down George Suesser, the man responsible for the death of the youngest sheriff ever in the history of the State of California. As cries for his lynching echo throughout the streets of Salinas, Suesser is discovered in a crawl space only eighteen inches wide deep in his cellar. The angry citizens of Salinas demand swift justice. The case against the accused is about to begin. Murder, Salinas Style: Book Three shares a unique glimpse into the lives of both a murderer and his victim while revealing the compelling history of a California town, its citizens, and the violence that would become its legacy.

Lisa Eisemann is a licensed private investigator in Salinas, California. During the 1990s, she worked hundreds of gang-related homicides and attempted murder cases. Both Lisa and her husband, Joe Gunter, are experts in the history and sociology of gangs as well as crime scene investigation, interrogation, and police procedures. This is her third book.