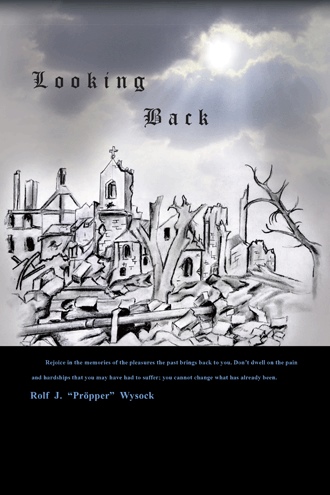 With a smooth talking tongue, a well practiced smile, and finely tuned choreographed body language, the former rabble rouser captivated the German Volk with his promises for change. This third rate political “want to be” had managed to slither his way to the front and arrogantly assume his position behind the lectern. No one bothered to ask this speaker, who was virtually unknown to the average German, what changes. The conscious groups, which analyzed the evidence and saw through the scheming charade of lies were shouted down and severely ridiculed by the others who should have seen the red flag when they saw with whom Hitler was associated. Birds of a feather flock together. The upstart was duly elected by gullible people who had refused to remove their blinders, of whom many viewed this charismatic appearing personage as the savior of Germany during its severe economic crisis. Why wouldn’t they have chosen him? Had he not promised better jobs, better wages, and jobs for the jobless, money for those less fortunate and healthcare for every one? Once Hitler had firmly clasped his hands on the controls of the Government, he seized power for himself; step by step, department by department, and person by person. To secure his position as the head of state, he personally selected people and placed them into positions of power and authority; regardless of their qualifications or ability and made them directly answerable to him. His select body of proverbial sycophants only had to dance to the tunes that he played in his marionette show; he even interfered with the education of the German children. The dictator’s rise of power to the highest position of the land would not have been possible without a compliant news media that routinely hid or manipulated the truth and the naiveté of the German masses. To insure compliance to his orders, Hitler had his ever present personal army, the Schutzstaffel, the SS at his command. Individuals, who wanted to speak out, wouldn’t have dared for fear of Government reprisals. Even when the writing on the wall became obviously visible, many remained gullible and continued believing in him until the very end. Be careful what you wish for. 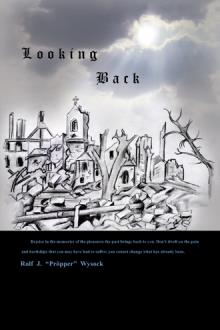 It is a fascinating, exciting, and highly extraordinary story that is intertwined with personal experiences. Numerous intriguing historical references are made to expose the hypocrisy of justice, exaggerated or deliberately distorted and conveniently forgotten facts that victors are loath to have unearthed; and explores the prevailing mind set of people before the war and afterwards. It portrays a young German boy who personally witnessed the horrible tragedy of war, listened to veteran soldiers and civilians describe their ordeal of inhumane suffering. Thanks to the capable guidance of loving paternal grandparents, who were there for him in his desperate hours, they had instilled in him a solid foundation for life. After a poignant departure from Germany and a harrowing sea voyage filled with humor and suspense, Rudie arrived safely in his new home and quickly realized the absolute necessity of learning a new language. His hopes for a new life and a lengthy residency in Canada were shattered by the death of his father (Vati). Only after his birth mother had been coerced to take care of him, was it possible for him to immigrate to the United States. Rudie developed more fondness for his stepfather than he ever had for his mother; who denied him her estate when she had died. Tragic circumstances had forced him to assume an adult posture before he was twelve years old. It is a plethora of human emotions, ranging from grief to hilarious humor and eventual success; despite often seemingly insurmountable odds.

Rolf J. Wysock was born in Germany in 1941 and became a proud American citizen in 1957 He served in three professions and retired: State Trooper with 20 years of service with the Delaware State Police. Army Officer with 9 years of active duty and 11 years in a Reserve Component. Asst. Prof. and College Instructor with a total of 20 years service. He is a graduate of: Univ. of Del. - MA in History. Army Command and General Staff College Army Institute for Professional Development -----Senior Officer – Military Police -----Senior Officer – Signal Corps -----Senior Officer – Military Intelligence Certified -Battle Focus Instructor (USA) Certified-Police Instructor Rolf and his wife reside in Delaware and together they have six sons. He has published in the National FOP magazine and has written: A Hundred Years of Excellence – Fightin’ Blue Hen Battalion, Univ. of Delaware.