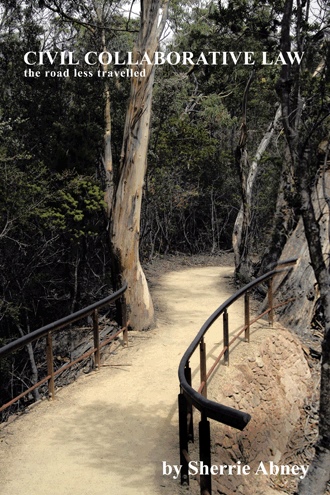 Thinking Outside the Box Lawyers are not in the habit of thinking creatively. They rely on stare decisis. The practice of law is bound by statutes, case law, and promulgated rules for everything lawyers do. Lawyers are expected to copy other lawyers and case decisions that have gone before them. Pleadings come from formbooks that other lawyers have written. Discovery is conducted according to strict rules. There are specific procedures to be followed in order to admit information into evidence in court. The truest and best relevant information in the entire world may be in the hands of a lawyer, but if he or she does not know the magic words to have it admitted into evidence, it will never be considered by a judge or jury. In contrast, if a lawyer does not know the proper way to make an objection, false evidence and blatant lies may be admitted into testimony. Lawyers are so busy playing “Mother, may I,” that if they have an original thought and the courage to express it, they may find that it will be ignored or go unnoticed and disappear into the sea of litigation rituals. Law and order are necessary, but over reliance on litigation appears to have become a necessary evil. Question: Is reliance on litigation really necessary? Requiring everyone to conform to whatever has gone before totally eliminates any chance for improvement. The cartoon depicting a man looking at a large upside down sign that states, “Because we have always done it this way, that’s why,” is an accurate observation of the legal profession. If “because we have always done it that way” is the best reason that can be given for doing anything a particular way, it is a reason that should immediately be held suspect. The legal profession has established priorities which include representing clients in a manner that will allow them to stay within the law enough to avoid being sanctioned, pleasing the court when necessary, and making money– not necessarily in that order. Everyone will agree that there must be a certain amount of conformity for society to survive, but no one ever found a cure for a dreaded disease or created the automobile, airplane, or telephone by conforming to known and accepted methods. Compared to the technological advances that society has available today, the traditional legal community is a dinosaur struggling in a tar pit, and the two major impediments to progress are the new lawyers’ education, or lack of, and the established lawyers’ interest in protecting their pocket books. 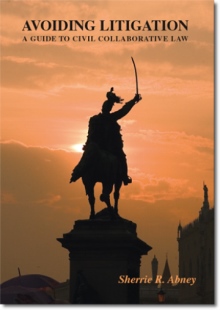 Collaborative Law began with a family lawyer who was disenchanted with the negative effects of litigation on clients and their lawyers. Out of his frustration, a new dispute resolution process was born. Lawyers soon realized that there are many reasons that the benefits of the collaborative process should be extended beyond family cases. Collaborative lawyers discovered that disputes could be settled quickly at a fraction of the cost of ordinary litigation due to a completely different approach to negotiations. In addition, the process offers a confidential forum away from the courthouse, and scheduling is at the discretion of the parties rather than court dockets. Knowing that the majority of classes in law schools emphasize an adversarial approach to dispute resolution, this author set out to compile materials to teach law and business students about this new non-adversarial form of dispute resolution which focuses on the clients and their interests and concerns rather than the lawyers and the legal system. Beginning with a history of the law and continuing through a review of several forms of dispute resolution, the text then addresses the collaborative process and provides questions and exercises for readers to use in developing collaborative skills of their own.

Sherrie R. Abney is a practicing lawyer, mediator, arbitrator, and adjunct professor of law. An advocate of non-adversarial forms of dispute resolution, she trains lawyers and judges in the collaborative process in the United States and abroad. In the spring of 2011, Ms. Abney taught the first three hour course on Collaborative Law to be offered any place in the world using the first draft of this text as cousre material.