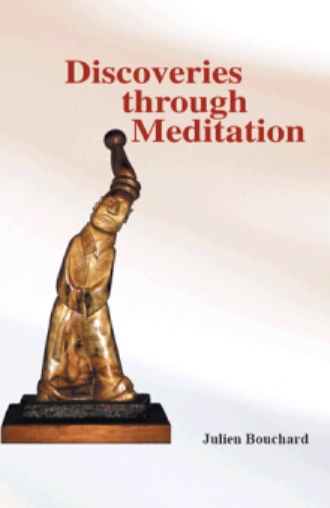 MEDITATION Concentration of the attention on an object, a mental picture, a sound or on emptiness. A discipline practiced in order to become conscious of the thought process, then to realize that it is uncontrollable and finally to ignore it. Meditation allows to reach a superior level of consciousness and in the end to transcend matter, pierce trough illusion and reach liberation. Meditation on emptiness is by far the most direct and quickest approach to achieve the goal. This type of meditation does not require any efforts or analysis. The observer concentrates on emptiness while he stays focused on a point spot in his head, an object ahead of him or on his breathing without letting the target invade him or becoming the target. In this state the adept establishes mental silence and in the internal peace, observes. Knowledge surfaces from the silence. The observer must avoid all efforts and, like a baby filled with wonder, look upon creation as it really is. 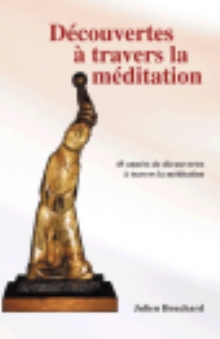 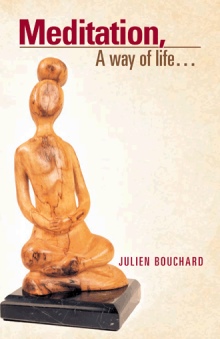 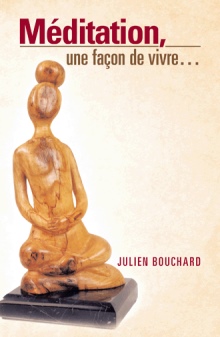 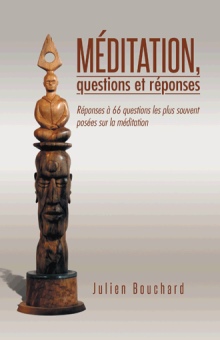 Julien Bouchard has traveled the world, amassing knowledge of various cultures and civilizations for over forty-five years. His earliest spiritual influences come from visiting ashrams in India and monasteries in Nepal where he was first introduced to meditation. This book is the culmination of the author studies and meditations. It contains an extensive series of philosophical meditation themes collected in a dictionary format. If you are looking for what is meditation, what meditation can do for you and how meditation will help you understand yourself, others and clarify the world we inhabit, this book is for you.

During his more than forty year international career Julien Bouchard has worked and visited numerous of countries in Asia, Middle-East, South America, Central America, Europe, etc. All those voyages were not solely done for professional purposes since they were also the object of philosophical and spiritual researches especially in India and in the northern region of Nepal. He studied several civilisations and religions; he managed numerous large scope electrical development projects counting several hundreds of persons. He took advantage of these privileged periods to study the behaviours of others as well as his, facing everyday life and a variety of problematic and conflicting situations. He practices meditation since more than 45 years and at the beginning he visited ashrams in India and monasteries in Nepal where he was initiated to the some Buddhist philosophies and practices. His goal was to find a simple method of meditation. A method with the least human and time tempering, a method in its purest form. In order to succeed he had to conduct a research that took him on a time journey and finally, during a trekking trip in the northern regions of Nepal, he met a Master from the Kargyûpta school (Adept of the apostolic succession). The teaching of this Master was based on the MahaMudra (the Great Symbol). One of the most ancient and purest forms of meditation known today. It was first set forth by a wise Indian named Saraha same times in the first century before J.-C., and at that time the Great Symbol was already known to be very old according Master Tilopa’s texts dated around the 11th century after J.-C. Julien wrote this book in order to set forth his personal experience.