by James A. Baffico 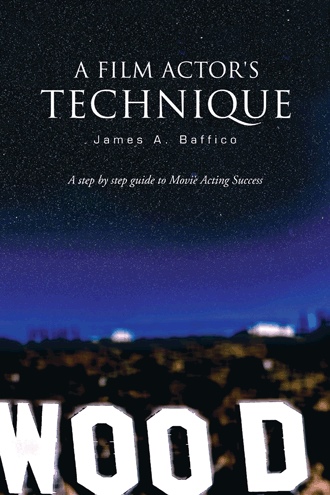 Stanislavski is the great man of Acting because the answers he got to the questions he asked formed principles that now help every actor realize the greatness within himself. Stanislavski's answers help the actor ACT. Acting, let's not forget, is what transpires in the Theatre. It is not, however, what transpires in front of a camera. In front of the camera, the objective is to become the character. Not act it. On Film, the objective is to create reality, not re-create it. That's a powerful thought. A kind of poetic summation of the differences between the two mediums. And one that we haven't said anything about yet. So, let's say this again, and think about it carefully. Roll it around slowly in our consciousness. The objective for the actor in the film medium is to CREATE REALITY. Not RE-create it. And you know enough about Acting from your own training, and enough about Stanislavski from what I've just told you, to know that the whole point of Stanislavski's method, or of any method of Acting, is to enable one to consistently RE-create the reality. Which means that it's not really reality. Right? Right. It's a re-creation. Something which appears to be reality, but which is not. It's verisimilitude: something that has the appearance, or the semblance, of truth. But it's not really truth. It's not reality. Reality is reality. It only happens once. It can't be re-created. That's impossible. So, now, as you contemplate the two mediums, and you understand that they demand these very different kinds of 'reality,' this difference should begin to take on a more profound dimension. And, you should begin to arrive at a most important implication for you. That is that a Film Acting Technique should be, in some ways anyway, different from a Stage Acting Technique. And, it is. The two are different. Very different. They are so different that they don't even mix. And you shouldn't try to mix them either. That's why I told you previously that you had to make a commitment to give up "Acting."

A comprehensive step-by-step how-to guide for the beginner movie actor.

James A. Baffico began his professional acting career as a member of the APA-Phoenix Company and with a number of appearances in different regional theater companies. After completing a PhD in Dramatic Literature at the University of Michigan, he headed the acting and directing areas at the University of Georgia before moving on to become the head of the directing program at Carnegie-Mellon University. Subsequent opportunities in network television prompted a move to New York where Mr. Baffico then worked for many years as an actor, director, and producer of the following soap operas: Another World, The Doctors, As the World Turns, Days of Our Lives, and All My Children. This experience garnered him seven Emmy nominations and two Emmys. His acting credits include the following feature films: All the Right Moves, Dawn of the Dead, Arthur and the War of Two Worlds, It Had To Be You, The Cottonwood, Me and Him, Silver Bullet, A Connecticut Yankee in King Arthur’s Court, Death Penalty, and George Romero’s Knightriders. He has also appeared in the television shows The Wire, Law and Order, Law and Order: Criminal Intent, Dream Street, and Spenser for Hire. Mr. Baffico taught film acting for many years at the Weist-Barron School in New York, and this book derives, in part, from that experience as well as his extensive professional stage and screen work. At present, Mr. Baffico is enjoying a relaxed retirement that allows for occasional movie auditions and the pursuit of his lifelong interest in the relationship between the Elizabethan playwrights Christopher Marlowe and Shakespeare.