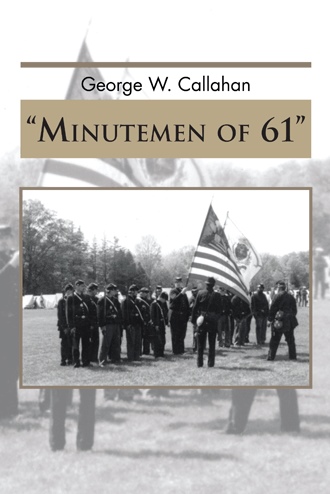 The story begins in a realitively peaceful time in the middle of the 19th century in a small new England town and of a unprententious family trying to adjust to life after their husband and father died from consumption. When the war broke out between the states, two young men, because of their patriotism joined the Union and sacrificed of their time and eventually their lives to keep the union together. This book depicts their love for each other through the letters sent home by each, which leads to the the final chapter. George Warren Callahan

This book was written because it seemed that the lives of this humble family would never be heard by those who would come after. It is about love of family, heartfelt calamities that beset members of this family, national pride, and dedication of the individuals. It also describes the visual experiences that two young men encountered by supporting their country when President Abraham Lincoln, by proclamation, called 75,000 volunteers to defend the Union. The two Bates brothers willingly sacrificed their time and energy to fulfill their responsibility to their family and country. The love between them and family was evident by the letters they wrote to each other when there was a lull in between events.

When I was contemplating how I should use all the photographs, letters, and genealogical data that I have accumulated over the years of the Bates family of North Carver, Massachusetts, it came to me that I should pass this information on to others that would have an interest. I have written over one hundred short stories about experiences that impacted my life and gave me some knowledge of how stories are formulated. In order to write a full length novel I would have to relate the letters into short stories and with some assumptions of how life was in the 1850s and combine them into a manuscript that would be of interest. I spent four years in the U.S. Air Force as a Crew Chief on F84 and F86 Fighter Bombers in Europe during the occupation after World War II. I also became a Firefighter and an Emergency Medical Technician for twenty years and businessman writing safety procedures for manufacturers. I now have retired in the sand hills section of North Carolina on a 51 acre berry farm where I can fulfill my passion to write. George Warren Callahan