A Collection of Bizarre Short Stories and Dreams 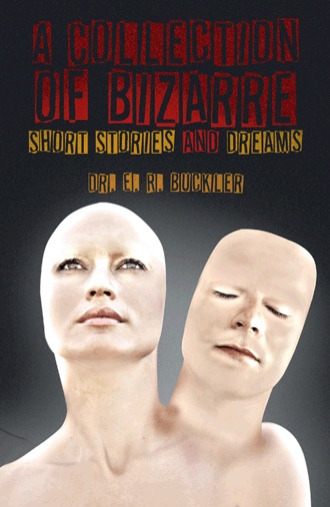 The Cage I looked at the arm as it lay in front of me. The skin, seamed with a thousand wrinkles, and only partly filled with weak flesh, had at one time boasted much strength. Those muscles, now straining to shave the apple, which had once passed the ball to many a victory, cried out in pain at the most trivial task. The outline of the bones could be easily traced now, and what frail members they were. I could imagine how easy it would be to fracture one with only a sharp tap of the knife handle which the too long, bony fingers gripped. Those fingers, with their white faded nails and scarred knobby knuckles, now fell useless away from the knife too weak to continue with the task. Those same fingers had once manipulated and produced some of the most intricate machinery ever imagined by man. The fingers again gripped the knife and began to scrape the apple held in the other hand. I raised my eyes to look at the face before me as the hand came up with a small morsel balanced on the knife blade. As the acid from the fruit began to bite into the tongue, I looked for some expression of pleasure in that face. There was none. The face, lined with eons of time, no longer displayed any semblance of color. The sagging muscles under the sunken, lusterless eyes seemed to weigh the whole face down until the jaw hung slack. The thick colorless lips parted, and then retreated as the jaw closed in a vain attempt to savor the morsel. A fading expression began to take shape. Was it a look of amazement at the evident decay, or was it a look of remorse? Could this face ever have provoked the rapt endearing phrases so prolifically ascribed to the young female? What tender young hands could have ever fondled, or what lips caressed this decaying piece of parchment? Was it really so, that only yesterday, this face, full of self assurance, could have commanded the attention of a rapt audience of thousands? Or, was it only a dream? The shapeless grey blob behind that mask could tell. Oh! What a waste, that the wisdom behind that face should be chained. How could such knowledge reach out through a body no longer in touch with reality? I lowered my eyes to the pitifully shrunken chest with its protruding ribs. I could count them one by one as they heaved in a mighty effort to inspire just one more breath. There, I could see one which had been broken. Let’s see now, what had caused it? Was it a fall from some forgotten tree? Or, was it one of the sacrifices to valor on a field of glory? The screams of the crowd seemed to rise once more. “Hold that line! Hold that line! Hold that line!” But, there was that pitiful creature there before me, and the screams died away. Further down I could see the abdomen distended by bloat. I could feel the pain like a sharp knife piercing and twisting within that decayed cavity. How long had the doctor said, “Six months or a year at the most”? I pushed myself away from the table and stood up swaying. I hobbled, with back irrecoverably bent, around the table for a closer look at the figure in the mirror. Oh, what a vile stinking cage! And the words came ringing in my ears, “For dust thou art and unto dust shalt thou return” 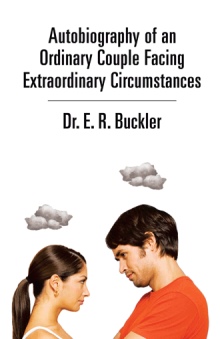 Dr. Buckler is a first-time author who, with his lovely bride, faced some lifelong challenges. This autobiography contains some of these challenges and how they coped with them over a sixty-five-year period of married life. This work contains some ways of coping that may be useful, as well as entertaining, to the reader.

Dr. Buckler is a first-time author who, with his lovely bride, faced some lifelong challenges. This autobiography contains some of these challenges and how they coped with them over a sixty-five-year period of married life. This work contains some ways of coping that may be useful, as well as entertaining, to the reader.