The Fairies of Tickle Creek Pond 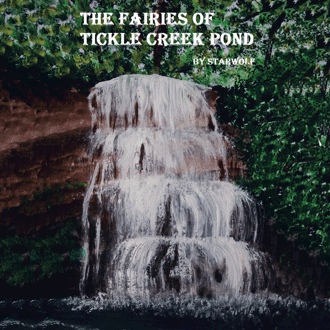 Two weeks ago, Mia had become a little too wild in a unicorn race against another fairy along the cliffs. When she turned around on her unicorn to taunt the boy on the sleek, jet-black unicorn about being so slow, she had lost control of her unicorn and both had tumbled head over heels off the cliff and onto the giant rocks of the pond below. Mia’s recklessness had cost her a part of her wing as it had torn on the way down and the horn of her precious unicorn had broken off. Mia was unable to fly for at last eight weeks, maybe longer, until her wing could repair itself. And while losing her wing was bad enough, hurting her best friend was, to her, the most painful and unforgivable act she could ever have done. 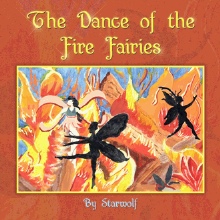 The Dance of the Fire Fairies
Starwolf
$47.39 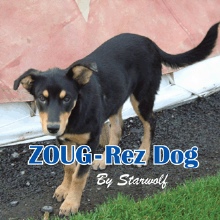 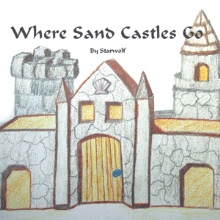 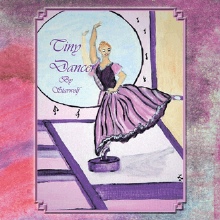 About ten years ago, my children built me a pond for Mother’s Day. We filled it with plants, koi, and gold fish. Two frogs moved in during the course of the year and became cherished “pets” to my children. Unfortunately, since we live in a green space, a couple of raccoons discovered our pond and ransacked it one night. As the children were devastated, I created a story to take their minds of it. This is the result of that story.

I am the mother of two wonderful young adults, Cory (age twenty-one) and Randi-Kiana (age seventeen). When I was young, my father used to take us on long car rides, and to entertain us, he would make up stories using the road signs as characters. He never wrote down any of his stories. Having homeschooled my children and having run a home-based daycare, I also learned to tell stories of the top of my head in order to entertain them. I did not want to lose my stories the way we lost my dad’s. In my spare time, I crochet children’s blankets for a local family homeless shelter, ride my 2006 Harley Davidson Dyna Superglide whenever I can, and a Ford F250 truck called Big Mama when I can’t. I live with my wonderful husband, two beautiful dogs, three spoiled cats, and a sweet guinea pig in Gresham, Oregon. During the week, I work for a company repairing machinery that produces microchips, paint, play guitar, and write. I have a very full life!