HEART OF THE CHURCH AND SCRIPTURE 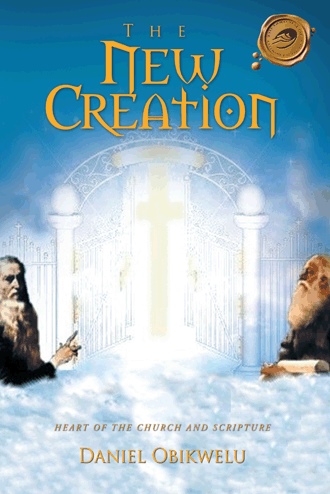 The New Creation is the mystery of the newness and fullness of life we are giving in Christ Jesus the Fruit of God and Virgin Mary, after the fall of Adam and Eve our first parents who could not stand the test of their destiny. As a result of it, they fell from the exulted nature God had made them, being the glory of God, they were debased to the glory of the earth; sin and death became their master because they swapped their destiny for the beauty of a fruit.

Man was an exulted earthly being before his fall, every created things fears and admires man because he had the nature of God in him. He did not create an animal that eventually evolved into man; He created man in His own image and likeness and we are the complete image of God because man looked like God the first day he was made—because God came down in a form just as He would later do when He took the flesh of Virgin Mary.

In Abraham’s seed the promise was fulfilled which said that “The Seed of a Woman will crush the head of the serpent.” All the generation of Abraham, the prophets and the whole Israelites prayed and suffered greatly for the coming of Christ, peace be their souls.

Isaiah mystically saw John The Baptist preaching repentance in the wilderness where only the prophets could enter to hear the symphony and the destiny of the world—in this wilderness, the Word of God connects the whole prophets to achieve one goal which was the salvation of the world. John was the last prophet who completed the mission of the prophets, showing the world the LAMB OF GOD who made all things new.

St Bede commented on the prophecy of (Isaiah 11:1) “that Virgin Mary shall be born of the root of David and Christ shall be born out of her stock.” Mary is the new creature of God through which God sent His Word to redeem and recreate the world—just as Adam was before his fall.

We establish this fact that there were two divine dramas and the greatest mystery in the creation and redemption of man, which the Holy Bible presents to us daily without our notice—( During the creation of man, God first made a man called Adam; through him and with him another being was formed by God, who looked like Adam and was very compatible with him, Adam called her Eve because she came out of him. Another was in the redemption and recreation of man; the same God formed another being—a Woman this time, in this woman—Virgin Mary—GOD formed another being and she called Him Jesus Christ –The fullness of God because the woman was the fullness of grace which made her sinless and they were compatible, worthy Mother and Son, for they were the same body and blood just as Adam and Eve were the same body and blood.)

God entered into marriage with the humanity so that Jesus Christ the product of that mystical marriage will be the course of unity between the visible and invisible, for the fruit of that marriage is divine and human in one. This marriage was fulfilled in the fullness of time as the scripture said that God sent His son, formed from the woman, born under the law to give us adoption as sons of God.

It is A New Creation indeed through the water of baptism and Holy Spirit which gives us a new life and makes us capable of retaining the teachings of Christ which is a divine doctrine which came down from heaven. This massage of Christ is not made for the old nature of man, because of the effects of the original sins, thus Christ said that whoever wants to follow Him must die to old nature.

This Christ Jesus who recreated man is the Word of God and God. He took flesh to rebuild the falling house of His ancestor David as the scripture said. He was the one who has been speaking through the prophets, to Moses in the burning bush; He came to Virgin Mary and took her flesh, the Almighty God who manifested His back to Moses became man, so that man may look at His face, talk to Him and still live and not die.

This Christ who came to redeem us did not find it very easy at all during His ministry, though He was in flesh, yet He fulfilled all the principles of the spirit by complete self denial and total surrender to the will of His father, even so His mother for their mission was to repay what Adam and Eve had damaged. St Paul in (1 Corinthians 15:45-49) revealed that Christ is not the offspring of Adam and Eve in any manner, thus Mary who gave Him humanity was truly a new woman. It is said in Hebrew 9 “Christ came with the greater and more perfect tabernacle not made with hands and not of this creation”.

God is so merciful in giving us His son for our redemption. He accepted not only the nature of man but the whole abominations, wickedness and immoralities of man. God in justice has condemned man to eternal death but Christ stood in the gap between God and man, accepting the whole guilt of man. On Him was poured the whole anger of God that was meant for man, thus He felt forsaken on the cross, “ For it pleases God to crush His Son for our sins”.

After reconciling all things, He created new life for us and made all things new; having established His church, He left His body and blood as the life of the church and the new creatures He has made, who must grow in various ways through prayer, charity and self denial to be like Christ who denied Himself to purchase us to God.

The New Creation is a resuscitation of the basic truth of Christ in our generation, as God never fails to inspire great work in every age to heal his people. It is a transformation from darkness to his marvelous light—into the higher glory of the mystery of God whose will is to give us his kingdom. The mysteries contained therein is part of the greatest truth revealed by the eternal wisdom of God in our own time, for our completeness and a glorious covenant of life against the false teachings that has done so much harm to the mystical body of Christ. I am quite certain that heresy, indifference, schism, evil doctrines, and powers of this age cannot stop the spirituality and message of this wonderful book—for the angels of constellations are at work.

Daniel Obikwelu was born to Mr. and Mrs. Christopher Obikwelu. He is a Christian and went to seminary college (SSCE/GCSE). He enjoys reading and listening to music as his hobbies.