Children of the Poor Clares 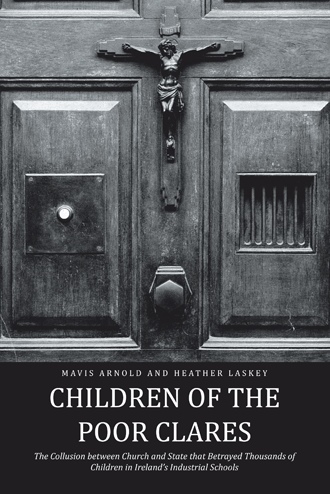 The poor diet, indifferent hygiene, inadequate clothing, harsh discipline and profound lack of care took their toll on the girls’ health. Hannah remembers two of her friends dying from tuberculosis. ‘I used to get boils on my head. My mother cried when she saw me. A nun burst one by hitting me on the head with a stick and the stuff ran down the side of my face. One morning Lizzie Brophy said she could not get up, but Mother Carmel ordered her out, although we kept saying she wasn’t well. Lizzie kept crying that she had terrible pains, but Mother Carmel hit her with a black strap. When she did get up, she fell on the floor and was taken to the Infirmary. They said she had rheumatic fever. The poor thing died a few weeks later. She was fourteen. God forgive me, but when I read about Belsen, I thought it was not much different.’

The original 1985 edition of Children of the Poor Clares was the first book to expose the reality of the treatment of children placed in church care in Ireland’s post-independence horrendous industrial school system. Giving an intimate picture, covering over four decades, of life in one of these institutions, it documented the gross physical and emotional abuse, neglect, malnourishment, exploitation, lack of proper education, deprivation, and humiliation that scarred the children for life. It further identified the collusion of the state and its own lawbreaking that enabled the abuse in its vast apparatus of incarceration of impoverished children. This revised updated edition gives chilling details of revelations that have since become public and of the state’s ultimate responsibility for what took place.

The authors were both journalists in Ireland for many years. Mavis Arnold still lives in Ireland; Heather Laskey now lives in Canada, where she has been a magazine and newspaper writer and made documentaries for CBC radio. Her last book was the prize-winning Night Voices: Heard in the Shadow of Hitler and Stalin published by McGill-Queen’s University Press.