Murder - by Consent: A Psychologist's Journey With Death 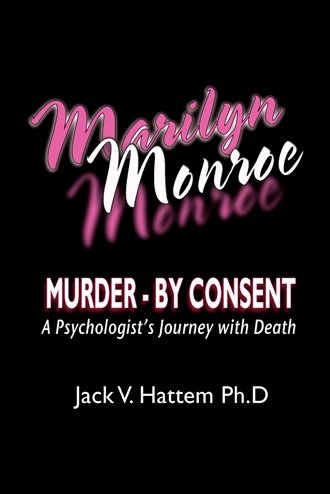 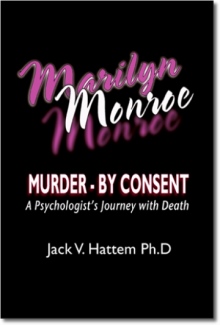 Dr. Jack Hattem first became interested in Marilyn Monroe's death at the Suicide Prevention Center in Los Angeles in 1962. After three decades as a Clinical Psychologist he decided to write a factual account of the real circumstances in which she died.

This book is a unique view of Marilyn Monroe, despite the millions of words written about her. It is the result of a research study into toxic relationshops exactly like Marilyn's, where one person tries to drive another to kill themselves.

It is about Marilyn's psychiatric condition and how her psychiatric mistreatment led to her death.

The author, for the first time, offers a psychological view of Marilyn Monroe's life which explains most of her troubled relationships and her addictions.

This book is about the author's need to understand why people choose to kill themselves. It ends with a conspiracy hidden over forty five years.

This book is about why Marilyn died, how she died, and who was directly responsible for her death! Even the Cuban missile crisis played a role in her death.

The author is a first generation American, with both parents speaking five languages fluently. He spoke only French until he was five years old. Unfortunately for him, he lived in Brooklyn, New York at the time.

The family moved to Long Beach, Long Island, a reclaimed sand bar south of the main island, separated by one bridge. A nearby neighbor was the Godfather, Frank Costello. Our city was advertised as The Safest City In The U.S.A.

The author left home for the army and Virginia Tech. Marching out of step for the rest of his life, he attended six universities thereafter, until becoming a psychologist.

Continuing his need for multiple experiences, he worked for the Veteran's Administration a Peace Corp. project, taught at four colleges and started a labor union for psychologists which still exists.

He remarried and currently has six children and grandchildren. After retirement, he used his early experiences to manage money for select clients.

Writing this book was a labor of love. I have had an enduring interest in Marilyn Monroe and the Suicide Prevention Center for forty five years.