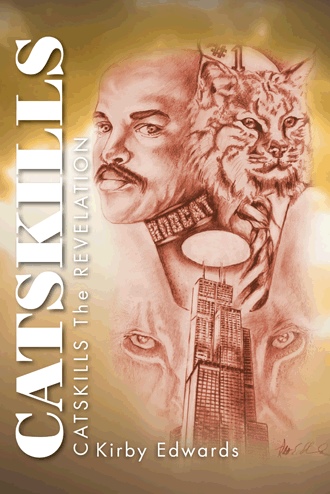 If you want to “C” reason for taking the time to read my story, then here they are: A Child who survives a Coma that later Causes him Confusion and Creates a Comma, from Convictions of Crime to a life and a Career with a Car Company that made him a number one Commercial sales professional in the Country and then Conquered the Cancer that Claimed the life of his father, which Created in him a Cause to Convey to his Children that Courage is what Chances are made of and is the only Cord to Contention and a will to Continue.

Born in the Mississippi Delta and raised in Dayton, OH, his love for Portrait Art was born through his connection to a large family and his genuine and early interest in interfacing with people. From the faces of slavery to stardom, politics and religion, the poses of a progressive people is of great and profound interest to him. Without formal art training, his work is not a product of, nor solely influenced by the work and styles of other talented artists. He is ripened by a simple urge that is a gift from God and nurtured by his love and mercy. Over 30 years of exposure to people and history in the conclaves of Chicago and Dallas, he has encountered and recreated a vast array of subjects in what enthusiasts often refer to as “Hero Art.” His total art experience spans over 50 years, in which he has had the pleasure of reproducing some of the most recognizable faces in the world. His urge to write was spun from his trials. His story is deeply embedded within his art, through many familiar faces of success. He continues to be motivated by the finished product, not monetary value. He says Art is the purest form of reproduction God has intended for us and he has rejoiced in its glory despite his battles with cancer. He began his first chemo treatment on the morning of 911, with a total of nine elapses since that day. If not for some un-avoidable pain now and then and doctors reminding him of his treatments, he would not acknowledge this condition. In his mind, this problem does not control, and will not budge his strengths. While unselfish with himself, drawing and singing to himself mixed with his secret passion for writing jokes occasionally, is his personal miracle drug. This helps him enormously when it comes to hanging on. We all are selfish in our own way. It would seem totally unfair if you gave of yourself entirely to someone else. Remarkably, he has been re-acquainted with the girl he used as a benchmark for beauty for nearly all his life. He and June were re-introduced last year. A lot has changed after nearly fifty years, but surprisingly, so much is still the same. June and her sister Wanda are still very pretty. June’s sister, her brother Deek and her mother still remember him. He is proud to be June’s friend as much now as he was when they were children. Just the catching up part of their new friendship is a genuine pleasure and a real life treasure. When he is drawing a portrait…he will begin with an outline of his subject. It is then, no more than a shell of what is yet to become of it. Once he fills in pertinent detail, with the colors, and smooth the jagged edges, he will apply his signature. He will stand back to marvel over what he has completed. Then it is finally time to reveal.