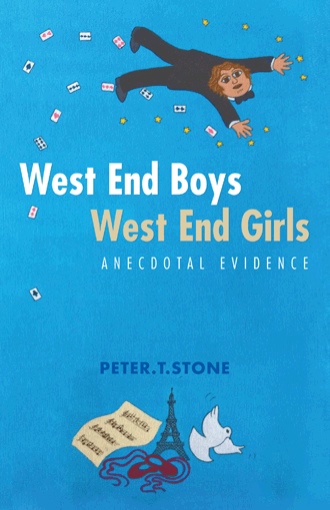 If you've ever wondered what goes on behind the scenes in a West End production, this book is for you. 'West End Boys West End Girls' is an authentic, authoritative raising of the curtain on the turbulent, torrid and ambitious world of the theatrical back stage.

Through individual stories of producers and performers alike, you will experience the fascinating world of theatrical misbehaviour. A must-have book for anyone who dares to ask, what is it really like to be an actor?

Peter T Stone began his theatrical career as a child actor in 'Oliver' in London's West End. His acting career continued into touring and with film and TV work. He wrote the novel 'West End Boys West End Girls', a behind the scenes look at the theatre and 'The Dragon Train' a children's book taking an imaginative look at the industrial revolution. Both books are available through Trafford Publishing.