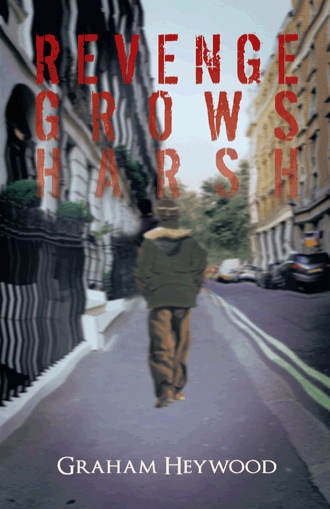 ‘Alex, this is Steven Holland, Steven, Alex Harris from Hanson's. We talked about him earlier. Alex is very much the personal injury man at Hanson's.’ ‘Yes, Alex, I've heard a lot about you.’ His voice was somewhere south of baritone with an indistinct southern accent, typical home counties. ‘Nice to meet you Steven, how is business.’ They shook hands, two iron like grips. Holland pressed his thumb down on the back of Alex's hand as they shook. A mason. Alex ignored the gesture. Holland appeared not to notice. ‘Perhaps, before we talk business you could tell me a little about yourself Alex. We are a family business and we like to get to know people before we invite them to become part of the family.’ He gestured to a chair. ‘Have a seat. Coffee?’ He started pouring and Alex considered refusing just to see if he would take the coffee for himself. Before any answer could be given the thimble of coffee was placed before him and another before Holland. Amrit looked around a little uncomfortably and then excused himself claiming to have just seen a possible business opportunity in the bar. Alex was impressed that Holland had the authority to dismiss Amrit so coldly, but, at the same time, took an immediate dislike to him for doing so. ‘To be frank, Mr Holland, if we are to manage claims against your employer then we should never be considered part of the family. We will represent the Claimant and his or her interests and there could be no consideration of the interests of your company. Whilst we would be happy to enter into a referral arrangement I would brook no interference or influence over the way in which we work. No agreements not to litigate, no discounted costs, no influence over medical experts other than what a court would ordinarily allow a Defendant. If that is a deal breaker then it's better to get it out in the open now and you can pour coffee for somebody else.’ Holland laughed. ‘That's not exactly the opening gambit I expected from somebody hopeful of getting a substantial amount of business Alex,’ he made a point of using first names, ‘but I can see immediately that you are looking for exactly the type of relationship we are hoping for.’ He sipped at the steaming black coffee. ‘Frank MaGuire is an old fashioned man. He comes from an underprivileged background. He feels the pain of the working class man and he wants somebody to right any of the wrongs that he may commit, vicariously, in the course of his business. If he wanted a lap dog, there are many of them here today and they all have larger and better equipped organisations than yours.’ A compliment and a put down all in one. Holland was clearly trying to re-establish himself as the senior partner in this discussion after Alex’s opening statement. ‘Thank you for understanding my position.’Alex felt a coldness towards Holland but he knew, within himself, that this was the opportunity he had been waiting for all of his adult life. ‘I think it's important to be able to speak ones mind and be honest with those you intend to do business with.’ Holland smiled. That appeared to be the decision made. Alex picked up the cup and took a swig of the coffee. It was strong and bitter, but better than the wine.

Revenge Grows Harsh is a story of retribution, forgiveness and the relationship between two friends from opposite sides of the tracks. It is a story of murder, drugs, money laundering and insurance fraud set largely in the grey, uncompromising streets of Manchester and in the soulless New Town of Milton Keynes. DCI Duncan investigates the brutal murder of a young man in Manchester's gay village. His inquiry takes him from the sleazy underworld of the North West to the middle class environs of Buckinghamshire, in search of the enigmatic lawyer, Alex Harris, who is connected to both the victim and suspects alike. What he finds is that Harris is not what he seems and the investigation takes him back, at breakneck pace, to his home town and a violent past. A past that is on a dramatic collision course with the present.

Graham Heywood works as the head of personal injury litigation for a law firm in Northamptonshire, England. He was born in the inner city of Manchester and grew up in the town of Denton. He attended Audenshaw Grammar School but left before completing A levels and started work for an international insurance broker in central Manchester. In 1986, Graham relocated to Milton Keynes, in Buckinghamshire, to work for an insurance company, where he met his future wife. He subsequently joined a firm of solicitors in the town where he worked for sixteen years, during which time he was married and had two children. The author within started to come to the fore when Graham was working away from home, in Southampton, and he began to jot down rough notes for a book, based upon his knowledge of the personal injury law he had worked in for twenty years. Graham now lives in a small Buckinghamshire village with his family and basset hound and likes to spend his holiday time at the family retreat in northern France. A series of novels based on the characters in his first book are planned.