“King of the Universe” 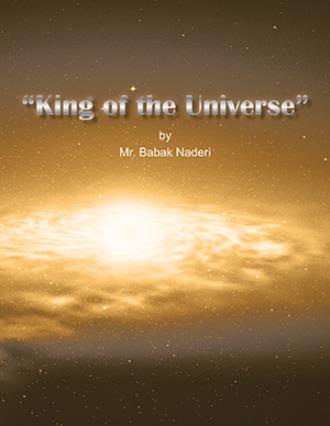 It was a private wedding, captain zero and his beautiful bride flew to the golden planet separately; she flew in her own spaceship from the red planet; and captain zero flew in his manganese, flying suit from the blue planet, at the same time, arriving happily at the altar. After exchanging vows, and finishing their ceremony, captain zero and his wife decided to go on their honeymoon, heading off from the golden planet towards the center of the Milky Way galaxy, and pass towards the burning sun, and straight towards the lowest point in the universe. But, first they had to prepare a cargo and secret cargo and be ready to make a safe trip back to their separate planets, the red planet and the blue planet, and start having children on the golden planet, the children’s planet made out of solid gold. The golden planet also has a gracious host of a spiritual kind which hovers and covers the golden planet in order to only protect the children from harm, and not to horrify, terrify, nor scare the kids; and not let the children progress and interact with each other in and out of danger. So, when the bigger spaceship's cargo, and its secret cargo were assembled, by captain zero; the captain and his new wife, started to take off from the golden planet and headed right thru the center of the Milky Way galaxy. Then the ship headed straight thru the burning sun and halogramed itself, with its cargo and captain zero and his lovely wife around the burning sun. Then the spaceship commanded by captain zero, and co-piloted by his wife, gathered itself an halogramed back together, after it passed the burning sun behind, on their way towards the lowest point of the universe, at the end of the big, black hole. The black hole, like a syphon of black gravitational forces, arising from the bottom ball point of the universe, is horned itself and opens its mouth of the gravitational forces and spreads and circulates itself and its forces out into open space, directly aligned with the earth, in its original state, and the black hole is then aligned straight thru the shining sun, and then directly thru the center of the milky way galaxy, and straight to the blue planet, captain zero's blue planet. So, after the happy couple's spaceship regrouped around the sun into its original state of cargo, secret cargo, and the co-pilot bride, and captain zero; and just before they were headed towards the earth; something went wrong with the spaceship, emergency alarms and the safety systems of the ship went off. And the captain suddenly realized that his ship was headed for disaster and a major collision with planet earth. Captain zero instantly put out a distress call, mayday, save our soul, save our soul, but it was too late. They were definitely going to crash and burn into the earth. Therefore, captain zero alerted his wife to prepare to cacoon her survival capsule and then he did some last minute preparation and jumped into his survival capsule and got ready for the impact of the spaceship's crash with the earth. It took only one second of time for the collision to take place. 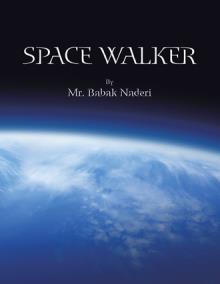 This book King of the Universe is about the human race’s survival and the future of our children on the Golden Planet. This book is also about the life of Captain Zero, fatefully as the king of the universe.

Mr. Babak Naderi grew up in Santa Monica, California. He graduated from Santa Monica High School and Santa Monica College with honors in associate in arts degree. He also has been a professional salesman for the past twenty years. His favorite hobbies are collecting stamps and coins and reading and writing.