The Last Hope for Peace

Quest of the Elders 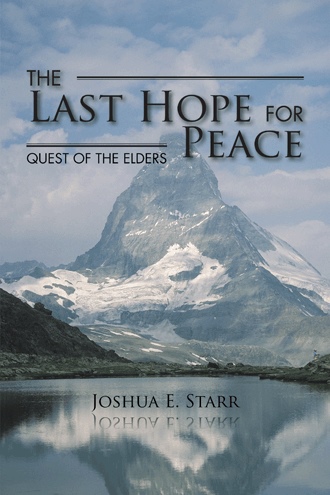 The cold night air moved swiftly across Jessie’s face. It flowed through his slightly long, dark brown hair. He could still feel the heat from the explosion, even though it had thrown him far away from the ship. He could see the fiery ball of mangled metal begin to angle down and descend. He was in a good place, a place of inner peace. He had done what he needed to do. He looked back down toward his impending doom. The large, thick, sharp trees moved readily forward to meet him. The night was black except for the bizarre little white stars. None of them had any pattern known to Jessie. None of them resembled any constellation that he had learned about on Earth. Earth was but a memory to him now. Yet as he fell ever faster, he could think of nothing else. He had achieved so much in so little time. Now it was all over. Either the awaiting treetops or the brown dirt below would see to that. The trees stood up like a bed of nails. It would not be long now. He knew the rebellion would live on. With their leader gone, the ugly Unknown beasts would more than likely kill each other until their numbers were insubstantial. Still tugging on the back of his mind, though, was something his brother, Francis Roddendale, had said. There was a secret army within the Unknown ranks, one that he could not control, one that was capable of destroying even him. The trees flew up at him, nearly impaling him on their sharp tops. Branches with their strange leaves whipped at his face leaving their needles stuck deep within his skin. The ground beneath ascended up to greet him. He shut his eyes and pulled his hands up in a vain attempt to shield his face. A loud thud reverberated off the trees. Many cracks and crunches sounded as Jessie felt his brittle ribs break again. A thick liquid left a salty, disgusting taste in his mouth. The wind flew out of him. A large cloud of dust and dirt flew into the air. 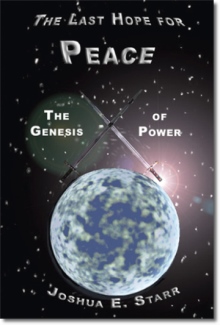 Jessie Landon was an ordinary high school student. He loved playing baseball. He had a group of very close friends. Although he frequently got into trouble, he had a very loving family at the orphanage in which he resided. One day, all that changed, and Jessie was thrown into a life that had been hidden from him since he was a baby. As heir to the throne of Peace, Jessie was being hunted down by his very own brother, Francis. Armed with a ragtag group of rebels, and a newfound power that he still doesn't fully understand, Jessie must do what no one else has even a hope of achieving. He must retake the planet, and save everyone from Francis and his ruthless army.