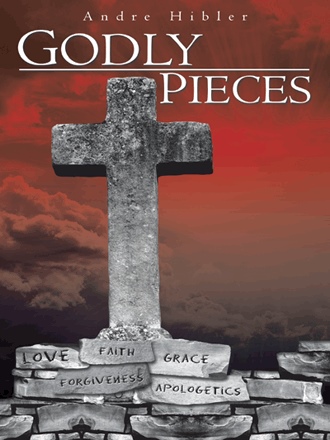 True Forgiveness On July 11, 2009 Bob Selwyn woke up at 6:00 AM to start his normal routine. He headed to his home office and spent a half hour praying to God. He then left the house to jog two miles around his suburban Huntsville neighborhood, giving a friendly wave to every vehicle that passed by. After exercising, he returned home to eat a fruit salad and continue preparing his pastoral message for tomorrow’s sermon. Bob, sixty-four, had been the senior pastor at St. Luke’s Baptist Church in Huntsville, Alabama for the past twenty-eight years. A professional theologian, his preaching style was bold and honest—from the bondage of sin to grace, from salvation to justification, and from the crucifixion of Christ to the glorification of God, there was not one biblical topic that he didn’t address. Although he preached on a wide range of topics, he spoke on forgiveness the most because of the fallen state of mankind and our natural hostility toward God. Knowing that people are not quickly apt to forgive others, particularly if they have been wronged in a significant way, Bob labored in preaching to the church congregation the importance of forgiving your neighbor through the grace of God. So passionate about this subject matter, Bob had written four books demonstrating the seriousness of forgiveness. He developed principles on how to forgive someone under the most extreme circumstances imaginable. Bob even counseled other pastors on forgiveness when they were struggling with this issue in their personal lives. In fact, he taught seminars on forgiveness in several states. Circumstances were not always black and white, nor did they always seem feasibly reconcilable, but Bob preached that when you put your trust in God, anything is possible. Forgiveness was his motto for Christianity. While studying the Bible for tomorrow’s message, Bob examined the Scripture “Forgive as the Lord forgave you” (Colossians 3:13 NIV). The whole sermon would emanate from that passage. For a length of time, Bob meditated and prayed for guidance on how to conclude his message. The task wasn’t to be taken lightly, for he was the sheppard of God’s flock. As usual, he cleared his mind of all iniquity and frivolity to narrow his focus. As he finished his quiet time with the Lord, the doorbell rang. Bob had been expecting a UPS package for over a week. Perhaps it is finally here, he thought. He took off his glasses, got up from his desk, walked to the front door humming “Blessed be the Rock” (a song of praise), glanced out the front door side window, and saw no UPS truck. Bob figured the package was delayed. However, he saw a human shadow of a possible man emerging in the sunlight of the window. It has to be UPS—the driver must’ve parked in an obscured location, Bob said to himself. He smiled, opened the door, and saw his son, whom he hadn’t seen in twenty-five years, standing directly in front of him with a suitcase in hand and an emotional, confused look on his face. David seemed to be trying to erect a smile from a look of sorrowful gloom as he presented himself to his surprised father. Standing in a state of shock with no sign of elation, Bob opened the screen door and stepped outside to get a closer look at his forty-three-year-old son. With a somber voice, David spoke. “Hello, Dad. It’s good to see you.” 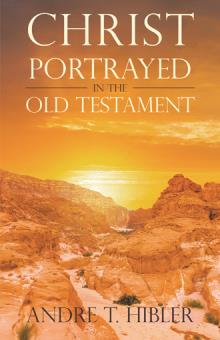 The communication of God's word via church setting, a seminar, Christian radio, a song, or a cordial conversation can--through the saving knowledge of Jesus Christ--invigorate an unbeliever; edify the body of believers; and more importantly, bring glory to God. The discussion of God's word exercised in practical short stories can have the same impact as they continue to be a fruitful and viable form of literary expression.

Andre Hibler is a deacon and a Sunday school teacher at his church. He resides with his wife and two children in northeastern Maryland.