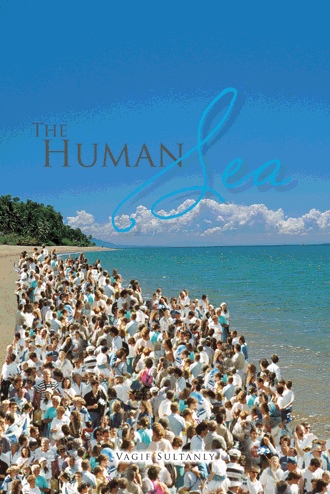 It was about twenty years that the city got completely empty for him; together with its people, phones, vehicles… It was about twenty years that he has been roaming through the dark and alone city supporting his hopeless days. Awaking well before dawn, he was walking through length and breadth of the city and, staying in crowd, put his torn cap before him. Passers-by were throwing white and black coins into his cap. When he was irritated by the jingle of coins and steps, without any feeling, he put his cap on and went to silent streets and sat, finding an unbooked bench or empty corner. The thick darkness of the way to past was covering his eyes like curtain and hiding the world. In this situation he couldn’t see the people missing him like a shadow; he was feeling that neither person lived in this city and he was the alone inhabitant of this uninhabited city. Days were useless like smoked cigar-butt and becoming unendurable turning into life of spouses bored of living together. These twenty years seemed for him so short as if only two years passed. The frost of winters of these twenty years was remembered to him with the torment he was exposed to. The years made him to forget who he was and what he does, the target of his life and how tall he was. Nobody but him knew how he appeared in this city and who he was. He passed nights in railway stations, destroyed buildings or blind alleys. He was afraid of going to the same place many times. He was afraid of being recognized and moved off from the city. Where would he go, whom he would beg to, how he would live? …He was feeling in his heart the coldness of the snow and water trampled under legs of passers-by. He was feeling in his heart the fear of death in this dirty snow and water. He was thinking of himself, his fate, because now he had nothing to think for and while thinking, the separate slides of his life and passed days were appearing in his mind. Whether the time made him to forget and spoilt his memory, but he couldn’t express in his memory the passed days completely. As though, he was staying in front of the wind naked and nude and had neither dress nor anything to cover his body. The wet wind of the sea was filling into his soul and mixing with the unendurable coldness of the coins kept in his palm irritated his marrow. But he was cold not due to only these reasons but also by the frost of memories blowing through depth of his brain. He was feeling in his ears the voice of the thoughts passing through his brain. He was afraid that he was not able to leave this city wrapping him with magic ties over the years and, the useless life would become his fate and destiny of his forehead. Times before, he was looking for moneys for leaving this city forever. He tried to use the coins given by passers-by for travel costs but, everytime his friends were buying spirits with this money. Joining to them, he wanted to drink and forget the grieves of the world. And while drinking for forgetting the grieves of the world he thought that he would never wake but easily forget everything and the impact of spirits would help him to forget everything forever. But after waking and returning to the world he was obliged to start everything from beginning. Thus, everything was repeating and dropping from his life like leaves and, once he realized that he would never be able to collect money for leaving the city even he wants to.

“The human sea” novel has a philosofical topic. The writer has created the character of a human whose life has turned into a tragedy because of the isolation from the socity. The novel talks about different aspects of the alienation problems.