Crown Of The Nazarene 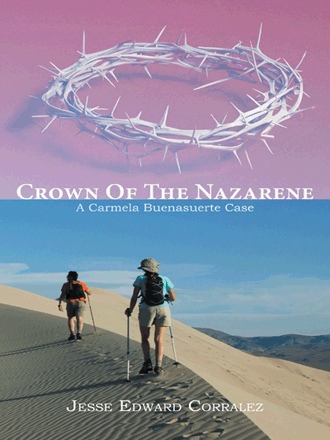 Crown Of The Nazarene The Vatican is made aware that a thorny wreath is in Burgdorf, Switzerland. The Pope has the Archbishop in charge of the museum of Holy Antiquities in Vatican City go and check it out. Told him that if the wreath looks even close to the Crown Of Thorns that was placed on the head of Jesus Christ on his way to be crucified, he should purchase it. Supposedly, the real Crown had last been in the Cathedral at Notra Dame in France and had turned up missing since World War II. The wreath was not in Switzerland, never had been. The Archbishop was shown photos that had him believing that the wreath might be The Crown. He was told that it now was in Portland, Oregon.The Pope told him to go after it. When the Archbishop got there he found out that the wreath had been stolen from the man that had it. In reporting the crime to the city police the Bishop was made aware of a private investigator, Carmela Buenasuerte. The Bishop retained Carmela, her Portland street- beat cop husband, Shawn Patrick Sparrow, and two Special Security and Transport men, Gideon Nathan Blaze and Abraham Joseph Dooley...friends of Carmela and Shawn...to find the wreath. Their search took them to New York and from there to Sicily, Italy, Israel, France,Turkey...through Syria into the Syrian dessert on their way to Baghdad, Iraq. Everywhere they went they discovered that mysterious and unbelievable things had apparently happened to some of the persons that had come into contact with the wreath. To cross the dessert they threw in with a Bedouin camel caravan. Along the way they encountered bandits and eventually arrived in Baghdad where they found out that the thorny wreath they sought was in the hands of a young Christian Iraqi soldier on his way back home to Syria. Carmela and her companions followed. Then they went to Afghanistan where they were captured by Afghan Freedom Fighters who are considered to be terrorists by the Afghan Government that is in place currently. They get out of that predicament only to find out that the wreath has once more moved on. The wreath is with a very seriously wounded American service man who takes the wreath to Depoe Bay, Oregon. Some 3 hours Southwest of Portland. The search continues and so do the mysterious, unbelievable and wonderful occurrences. The Pope had decreed that no expense was to be spared. Carmela, Shawn, Gideon and Abraham would follow any and all leads to where ever that may take them. They were more than anxious to lay eyes on what they now fully believed to be THE CROWN. In the end THE CROWN, now in the Philippine Islands, floats out to sea. Carmela is sure that it will turn up some time some where. 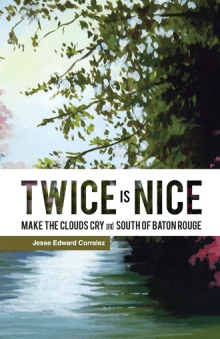 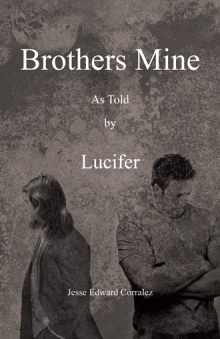 Fiction Crown of the Nazarene: A Carmela Buenasuerte Case Jesse Edward Corralez Pre-publication The Crown is the third installment in the Carmela Buenasuerte mystery series by Jesse Edward Corralez. In this book, Carmela and friends are called on to find an ancient relic the Vatican wishes to preserve for all of humankind regardless of religious affiliation. But the item’s elusiveness suggests that its purpose does not include being housed in a museum. Archbishop Nicolas Rand, head of the Holy Antiquities Museum, is called on by the pope to authenticate a relic that is believed to be the crown of thorns that was worn by Jesus Christ during his crucifixion. The archbishop is given the directive to go to a museum in Switzerland and negotiate the purchase of the crown from the curator if he determines that it is the real thing. Money is no obstacle. Once in Switzerland, the archbishop is shown pictures of the thorny wreath that a former visitor to the Switzerland museum sent to the curator. The archbishop and the curator travel to Portland, Oregon, to authenticate the wreath. When they arrive, they are informed that the wreath was taken during a robbery of the owner’s condo. Enter Carmela Buenasuerte, the crack private investigator who solved the curbside recycling and warehouse robbery mysteries. When her husband, police officer Shawn Sparrow, takes on the case of the stolen wreath with few results, Carmela’s services are retained. As the couple begins to acquire bits of information about the location of the wreath, first at a pawnshop and then across the country in New York City, they recruit their friends Abraham Joseph Dooley and Gideon Nathan Blaze, owners of a special security and transport business, to help with the search. The jaunt to New York to recover the wreath from a couple who’d been visiting Portland leads the group all over the globe including Italy, Israel, Syria, and Iraq. With each attempt to retrieve the wreath, the foursome encounters people who have experienced a miracle after coming in contact with the crown: a child blind from birth can suddenly see and recognize her surroundings; a woman disfigured and crippled in a car accident as a child becomes beautiful and all her physical deformities are corrected; and a man who was positive for AIDS shows absolutely no signs of the disease after coming in contact with the wreath. Corralez achieves in this book what he does best as a writer: the combination of action with a focus on human behavior—the good and the bad—to weave a tale that not only entertains, but feeds the spirit. While the search for the crown of thorns is endless, one can determine that the wreath is not supposed to be found and possessed by one person or institution. The crown appears to belong to everyone, and as a result, it should be free to circulate among the masses. Crown of the Nazarene is a strong addition to the Carmela Buenasuerte series. I highly recommend it. Melissa Levine for Independent Professional Book Reviewers www.bookreviewers.org

I was born in Fromberg, Montana. After graduation from high school, I joined the US Navy and gave them ten years. The last two, I served in Chu Lai, Vietnam, from 1968 to 1969. I left the navy, went to work and to college, and then found a career with Farmer’s Insurance as a claims representative. At age forty-eight, I joined the US Army Reserves and gave them two years. Then I joined the US Air Force Reserves and gave them ten years. I retired from the military in 2000 and then from Farmer’s Insurance in 2001. I reside in the Pacific Northwest. I had to live my life as it came. Adventure and misadventure, one step forward and one step back. A laugh here and a sob there, but I wish I had lived it from the start as a writer. Jesse Edward Corralez