The Meaning of Hotep 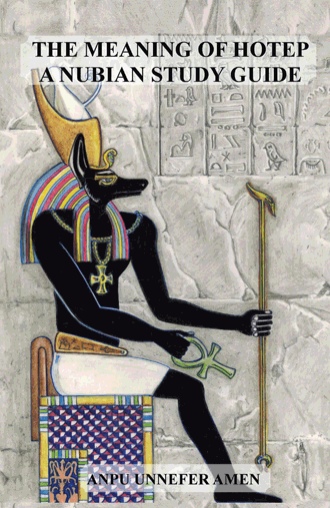 The word ‘Hotep’ is rooted in the ancient Nubian Metu Neter language which translates as “the Writings or words of God.” In this day and age, the language is more commonly re-ferred to as “hieroglyphics,” (hiero = holy or sacred) + (glyphs = carvings or writings). Its modes of expression are numerous signs and symbols that were used to convey a message rather than the grammatical way that is currently utilized by western languages. When learning English grammar, one is taught the spelling of words by use of the alphabet and instructed to associate the words with definitions or images that they have committed to memory. While, on the other hand, when one begins studying the Metu Neter one must not only memorize signs and symbols that are phonetic, one must also be conscious that these as well as the other signs and symbols represent different aspects of reality, and it is through the intense study of self and nature that allows the reader to better comprehend the message that is being conveyed. There is no one word in the English language, or any other language for that matter, that can properly define a symbol, and it is mandatory that one begins to study the Metu Neter in order to fully overstand the ancient wisdom that the ancient Nubians transcribed. Look at the words ‘Metu Neter’ for a moment. Earlier it was described as “words of God.” Metu being translated as ‘words’ and Neter as ‘God.’ However, these words can expand and take on other meanings as well. For instance, in addition to ‘word’, Metu has been defined as “to speak, to talk, to say, speech, command, order, maxim, proverb, decree, verdict, business, and affair.” The word ‘Neter’, in addition to God, translates as “strength, force, a divine power, mighty, a divine person or thing, and valiant.” When the word ‘Neter’ is made plural to express more than one force or attribute of Neter a “u” is added and it becomes Neteru. The symbol for Neter is an ax standing upright on its handle which looks similar to a flag on a flagpole. In its original form, Neter is spelled without vowels, i.e., Ntr. Vowels have been added by various Egyptologists for pronunciation purposes, but no one can say with any degree of certainty exactly which vowels should be added, and where, or if any should be added at all. When the Romans conquered lower Kemet in 30 B.C.E., the word ‘Ntr’ was incorporated into the Latin language as “natura” and later surfaced in the English language as “nature.” Neter is also at the root of the following English words: neutral, neutron, natron, eternity and nether. The symbols utilized in the Metu Neter are said to possess a certain degree of power that could only be accessed if one knew how to pronounce them correctly and in the proper intonation. Therefore, only the priesthood and those deemed worthy amongst the initiates were taught the sacred science that endowed one with the ability to access this power. “Power corrupts and absolute power corrupts absolutely.” Since the ancients were well aware of this, they safeguarded that power. While we are on the subject of power, it must be noted that "the true purpose of education is to teach you how to become a proper handler of power. Whenever a person's education fails to do this it is useless.” 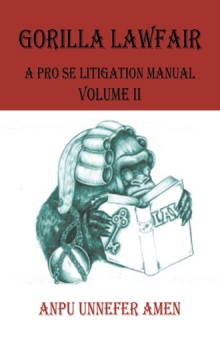 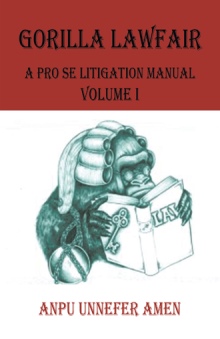 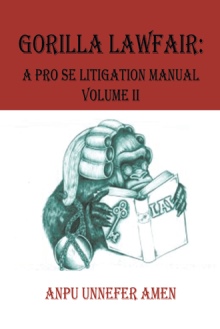 Hotep is a word associated with recognizing that there is a Creative Force eminent in all things. Hotep deals with the commemoration of the ancestors, some of whom are great figures that stand out in history, such as Imhotep, the world’s first known multigenius and true father of medicine; Ptahhotep, the author or the world’s oldest book of instruction; Neithhotep, the First Dynasty queen and wife of Pharoah Mena; and Amenhotep, who designed the Ipet-Isut Temple in the west. All the major Western religions teach that man wound up being cast out of his heavenly abode due to woman’s ungodly act of enticing him to eat of the fruit of the forbidden tree of the knowledge of good and evil, thereby incurring the wrath of God. The Meaning of Hotep traces the historical records that have left an indelible proof that before God was conceived of in his masculine forms that are known of in the worlds today, God was, primarily, a woman. The Meaning of Hotep presents evidence that the Ten Commandments existed long before Moses and the Psalms before David. This book is for anyone interested in learning about spirituality in general.

Anpu Unnefer Amen shows how the parallels of Jesus the Christ and Heru are too similar to be a coincidence. The Meaning of Hotep is sure to captivate anyone interested in learning about the Nubian teachings and their application from what Anpu Unnefer Amen has coined a Nubian-centered perspective.