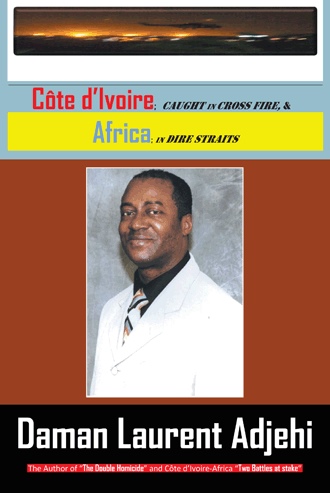 IT ALL BOILS DOWN TO THE WAR OVER OUR RESOURCES What we experienced in Côte d’Ivoire after the second runoff election depicts the tale of the scorpion; a small animal with two heads that characterizes evil by nature. The Bible refers to two evil creatures; the serpent and the scorpion, saying: “Jesus gave us the authority to crush the heads of the serpent and the scorpion.” This sign of the scorpion was physically manifested in the outcome of the election in our country, thus placing it under satanic yoke, or in a spiritual deadlock. The election resulted with [the two candidates proclaimed presidents separately.] 1-Alassane Ouattara: the second candidate was proclaimed winner by the International Community; the outsiders: France, the US and the UN. 2-President Laurent Gbagbo: incumbent was proclaimed by the Constitutional Council, the equivalent of the Supreme Court; “Highest judiciary body in all Court Systems.” Although no country on earth is ever run by the International Community, let alone choosing a president for any people, the whole world was deceived by those who came to assist us, and eventually was misled, which sent our country in an unprecedented and destructive chaos. As a way to resolve the conflict, a resolution that legitimized a military action and the use of heavy weapons such as bombs was ordered by France, and promulgated by the UN Security Council. Subsequently, with a joint military action conducted by the French marines, Ouattara’s rebels, and UN so-called peacekeepers, with the US backing and logistics, the Ivorian people watched helplessly as the bombing of the Presidential Palace and many other landmarks went on. The dead were outnumbers. President Laurent Gbagbo, the First Lady, and the surviving occupants of the Palace were captured and handed over to Ouattara’s rebels to be tortured and dumped in jail. This scenario was the consequence of an international conspiracy organized by Western dictators to wrest power from a national, Laurent Gbagbo, in order to install in his stead, a foreigner who will serve as their purveyor for our resources. 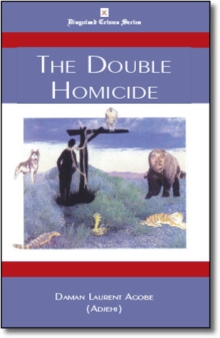 Côte d’Ivoire, Caught in Cross Fire, and Africa, in Dire Straits This book is a thorough analysis of the postelectoral crisis in Côte d’Ivoire in 2011 that led to an unprecedented and horrid manslaughter, with the bombing of the country’s infrastructures by French and UN troops who were sent to monitor the election. The helpers ended up destroying our country. Readers will discover the following: The international conspiracy that was planned by the West against Côte d’Ivoire, against President Laurent Gbagbo, incumbent, and Africa in general, rather than an election as many still think. It is the war over our oil and resources. This was nothing but the recolonization of Africa, with Côte d’Ivoire as a base of experimentation.

Daman Agobe (author’s name: Daman Laurent Adjehi) was born in Côte d’Ivoire and raised in his native village around his parents. He speaks French as national language of Côte d’Ivoire (former French colony) and earned a master’s degree in English, from the University of Legon Accra, Rep. of Ghana, before coming to America to further his education. He’s still working on a graduate degree in business management. I published my second book, but the first on the subject in 2009 was entitled Côte d’Ivoire—Africa “Two Battles at Stake.”