a journey through family secrets and dysfunction 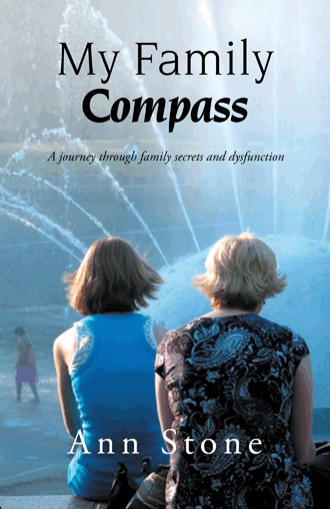 One would have to be blind, not to see the pattern of deception. Perhaps my younger siblings and I were just too close to the situation to see. Oh, we "felt it" all right. But to actually acknowledge and understand the depth of depravity and manipulation, might involve the process of getting inside that person's head, a place I would not want to venture. No one can know what it's like to be you looking at another or vice versa. I cannot imagine looking through elder sister's life lenses. However, for those who win the war in a consciously and deceptive manner, only self-loathing and defeat on a soul level can follow… It is a rare place in this world, where reason is a good compass. Sometimes, there is not any rhyme or reason to a situation. We must look beyond the practical for answers. The elder sister's claim to protecting her three younger siblings, let alone her five nephews and niece rang false, as unveiled by mother's final and last will revision immediately following our brother's death, thereby and specifically removing three of her four children and six of her eight grandchildren. Her false and ever constant bravado of being the "elder" and "protector" was another smoke screen and now revealed as a "conscious" lie, There was no attempt to put damage control in place to "protect" the younger siblings, as so often professed to our relatives. All of elder sister's wailing, "It wasn't me that changed Mom's will, it was Mom, and I'm going to make her change it all back," now fell on deaf ears. Sometimes, a person has to decide on how much damage, lies and/or sin they can live with... How far back and how many generations ago, does this familiar behavior expand? Was this consciously taught and learned, somewhat like a Greek tragedy to be played over and over again? There are those who are comfortable with the same learned dialogue, lie and role-playing, and those who merely copy behavior not understood. This reminds me of when we took my nephews to visit their father's gravesite. On the way to the cemetery, the eldest son said, "Dad would sometimes get so upset, he would say, that he was no good and going to kill himself." I turned around in shock with tears, and told these beautiful young men to realize, that our Dad, their grandfather used to say the same thing while I was growing up. My brother had learned this behavior and did not realize what he was saying, let alone the affect it had on his wife and sons. Apparently this would happen after an argument, much like it had between my Mom and Dad. As a little girl, I remember wondering, if my Dad would return after one of those episodes, which he always did. I will never forget Dad grabbing one of his rifles, as he left the house. My Mother told me that her Mother, my grandmother, used to lock herself in the bathroom and threaten to kill herself. My Mother was only five years old, as she held on to that bathroom doorknob, trying furiously to get to her Mommy (my grandmother) on the other side of that door. Perhaps that is when the dye was cast, with my Mother thrown in to the "protector" role, only to pass it on to elder sister, when there was nothing to protect in the first place. Another example was when our beloved brother's eldest son asked, "Why does elder auntie hold such hate inside?" I could not answer this question coming from such an insightful young man. But I do know, that we are our thoughts and what we carry within. Our thoughts are alive and with form, becoming our reality in life and death, our carefully woven shroud and death mask to be preserved as an eternal legacy. The Native Americans wore death masks into battle, so they were prepared to fight to the death. apparently, elder sister has been wearing her death mask all of her life and with great pride followed by a battle cry to be heard for generations to come, that is unless someone in her genetic line breaks the chain. We sometimes fear change, which may result in loss of identity and self. I understand this without question. I felt somewhat of a loss of identity and self, when our Mother removed us three siblings and our 6 children from her estate. What legacy and message were we now leaving to our children? This has absolutely nothing to do with material things, and everything to do with being connected in heart and mind and part of the namesake family tree. But for a truth seeker, who takes that road less traveled, the rewards far outweigh the risks, often leading one to a better place. The old saying, "seek and you shall find," ring true. If Dorothy, the Tin Woodsman, Lion and Scarecrow in "The Wizard of Oz" had never ventured from their comfort zone and family compass, they never would have found their home, heart, courage and brain. So I ask you, why not begin anew by walking down your own "Yellow Brick Road" in search of the truth and a new compass for a new and better life?

Ring around the Rosie A pocket full of posies, Ashes! Ashes! We all fall down! As a little girl growing up singing Ring Around the Rosie, little did I know, that this would become our family ballad. My maternal grandpa used to say, “One day this family will destroy itself!” How could I possibly understand what that meant? But I remember him saying it, all the same. Grandpa’s prediction now rings true, as our family did destroy itself and fell to the ashes with the final act of our mother’s passing. She left a carefully woven Gordian knot through deceptive means in her death wake of such vast proportion and complexity that it may never unravel. The death and passing of a loved one is difficult, even under the best of circumstances. But if the ties that bind left behind unaddressed confusion, misunderstandings, and/or deceit, the pain can run deep and leave a lasting “nonnegotiable” imprint, limited not to just one member, but the entire family for generations to come.