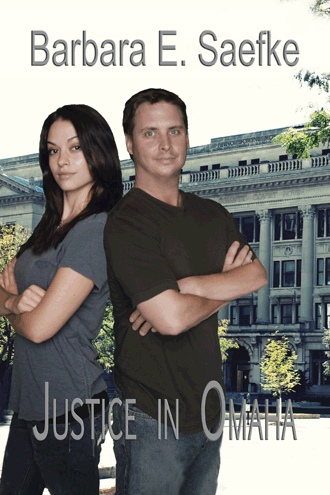 Jake Farms was instructed to make sure a shady judge in Minneapolis was no longer able to let guilty people off and sentence innocent people to jail. Jake’s contact said he wanted him stopped from presiding on Senator Ames’ son’s rape trial and didn’t care how Jake did it. Jake devised a plan and now he was sitting in the living room of Judge Howard Klein pretending he was a college student at the University of Minnesota, and wanted to interview him about the justice system. Then Jake planned on bringing up the trial, in hopes to get information from the judge. Jake was unclear what would happen after that. Klein, being the arrogant judge that he was, was wondering why it took so long for someone to realize he was a good judge, and only now, after being on the bench for so long, was someone finally realizing it.  Norman, as he was called, was a hired hit man. His contact was anonymous and Norman didn’t particularly care. He was contacted about a job. He did the job, and was paid. That’s all he cared about, the money. Norman was instructed to injure a shady judge in Minneapolis so he could not return to work. In the past Norman just did away with them. That way he didn’t have to hear them scream, and there was never the possibility of the victim identifying him. For him it was a business, so he dressed as if he were going to a corporate job; a dark pinstriped suit, white shirt, fashionable tie. He even carried a briefcase. Six blocks away from the judge’s home, the cab driver dropped Norman off and then he walked the rest of the way. It was dusk, and he noticed the light was on in the den, just as his contact told him it would be. Confident, he rang the doorbell and waited. After several minutes the porch light went on and a man in his late fifties opened the door.  “Excuse me, Jake, I’d better answer the door. My wife probably forgot her key again.” Klein went into the foyer and opened the door. He never thought to look through the security hole in the door to see who was knocking. The visitor didn’t say anything, but the look on his face had the judge stepping back into the foyer, but it was too late. The bullet grazed his temple and he fell to the floor. Norman quietly shut the door. Jake saw everything. The gunman apparently was too cocky to realize someone else could be in the house. He stayed where he was, stunned at what happened. He hadn’t encountered this Norman person before, but Jake’s contact had warned him about Norman several times. Jake had never seen Norman’s work. He would either get into town before or after the killing, never seeing it, being there, experiencing it. Jake heard a groan and wiped his face with his hand to clear his head, went to the judge. He thought of helping him into the chair in the foyer, but realized he had to leave. He wiped his prints off everything he thought he touched. Luckily he declined a beverage earlier. Jake saw the phone, picked it up with a cloth napkin and placed the phone on the floor next to the judge’s face, then punched in 911 with the napkin covering his finger. There was so much blood. Jake took his tablet and pen and decided to go out the back door. He knew he should’ve stayed to give an account of what happened and to identify the shooter, but reality was the last thing that played on his senses. The urge to flee was so strong he could think of little else. Jake went out the back door and ran to his car down the block.  Norman was now in the bathroom at the Minneapolis/St Paul Airport. In the locked stall, he opened his briefcase and straddled it across the toilet seat. He pulled his jeans and a T-shirt from a vacuum sealed bag. With his slim frame, the suit he was wearing was easily rolled up fitting nicely in his briefcase. He took out the gun, wiped it down to erase his fingerprints and wrapped it in a monogrammed towel from the hotel he stayed in last year: Hilton, Los Angeles. He took out a bag with the same hotel name on it and placed the wrapped gun inside. 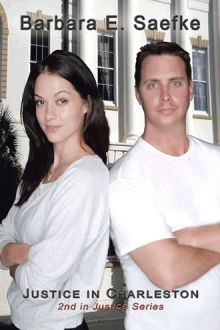 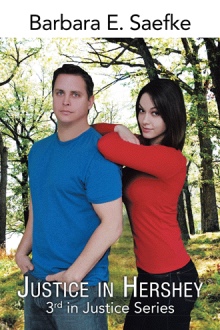 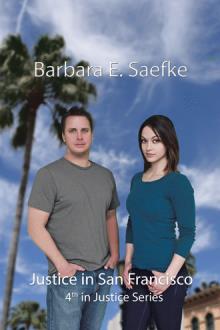 Jake Farms moved to a small town in Iowa when his parents abandoned him after he turned eighteen. The only time he traveled was when his contact left him a message that justice needed to be done. His last job, he witnessed a crime in Minneapolis against a certain judge, but he went back home to Iowa instead of reporting what he saw. Now he was falling in love, and he needed to rectify his past before he could justify his future with the love of his life. Travel with them on their journey back to Minneapolis and then to Omaha as they seek justice.

Barbara E. Saefke, author of Remember the Words and Belonging After All, lives in Minnesota. She is a member of the Coffeehouse Writer’s Guild, Toastmasters International, and the Fridley City Band, and she conducts personal dream sessions. Barbara is married with two adult children and a dog named Snoopy.