(A People Bowed But Not Broken) 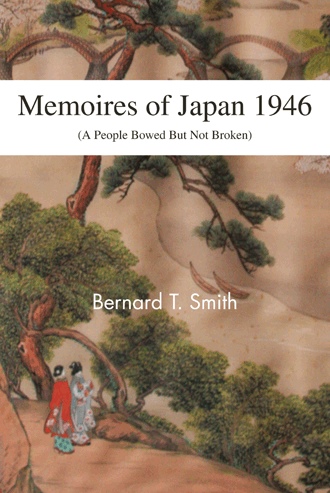 The date was 15 August 1945, just two days after my 23rd birthday. I was in India at the end of the Second World War. Peace in South Asia had at last been declared. For me, it was the beginning of the most pensive, edifying, formative, and rewarding period of my life. As a Flight Lieutenant in His Majesty’s Royal Air Force, I was enjoying a holiday in Kashmir having served in both India and Burma over a period of about one and a half years. Celebrations were going on everywhere. At an officers’ club dance, I had just been proposed to by an elegant Indian Parsee lady who had promised me great wealth if I would only team up with her. However, at that moment, I had other things on my mind. JAPAN, untouched by modern developers, was on the horizon. (Chapter 1) …..I had visions of the romantic way of life in Japan, its many hills, valleys, and it’s beautiful Inland sea, a land of colour, of daimyo, samurai and the 47 Ronin, of feudal castles, heroic deeds, and ladies in their pretty kimonos. One of the prisoners in my care at the Red Fort had once said very touchingly that Japanese women were the most beautiful and gentle women on earth. Lafcadio Hearn (Koizumi Yakumo), a famous international writer in the late 19th century, had written more, having eventually married and spent the rest of his life there. All of this was certainly to have a big effect on me when I finally arrived in Japan. (Chapter 1) …..This was the land of Amaterasu, the Sun goddess “from whom all noble sons are descended”, a land where earth, sun, and moon, unite in splendid scenic glory”. It was a land of eight headed monsters against whom valiant sons of old had fought; of feudal lords and loyal retainers, of strongholds and castles, heroic deeds, honour, valour and virtue. Today’s tales of war and atrocity could not be true. There was another Japan. It would be found in Nature which I knew was very near to the Japanese heart. (Chapter 3) ,,,,,never again, would her fortune be at such low ebb and at a time when she was so desperately and unwittingly showing her all. Her people were defenceless and resigned to their fate. There was no longer any martial spirit of the samurai, pretence, or fear of losing face, with which Japan had previously been associated. ,,,,,….I realised the harsh conditions in which some families were living. Japan was baring her soul, but very stoically and bravely suffering the pain. (Chapter 18) ….. We must never be surprised at sudden changes in fortune. My book is a record of how the Japanese people, bravely tackled their own terrible down period of misfortune; and how, amidst all the gloom and despair, which followed a ghastly gruesome war, they survived it. They may have been down but they were not out. My account is a tale of those disastrous times of 66 years ago. It is just one story of how wonderfully the Japanese people, at first stoically stood and faced up to their trials; and, then in 1946, very remarkably and commendably, began to overcome them. It was the year in which their first seeds of recovery were sown. (Chapter 30) 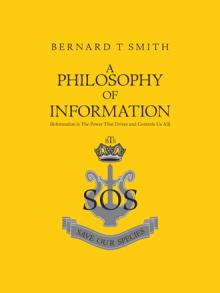 Having served as a member of the Allied Forces’ Occupation of Japan, Bernard Smith has produced a book about the time he spent in Japan in 1946 in the city of Iwakuni, near Hiroshima, both of which cities are located on the east coast of Japan alongside its beautiful Inland Sea. Except for his rather mystifying visit to Tokyo in the summer of 1946, his entire book is based almost entirely on his personal diary, and notes which he wrote while aboard his homeward bound ship at the end of his tour of duty at the end of that year, crucially when the events he describes were still very fresh in his mind. He writes about the utter devastation and despair under which people were living after the horrors of Hiroshima, about the Japanese peoples’ response to the Allied Occupation, and the resilience and fortitude with which they faced up to their troubles. As opposed to formal and official documents, Bernard Smith writes about human suffering and the harsh conditions under which people were living. He tells us of his meetings with families, with whom he found relaxation from the gloom and with whom he became very friendly. He also describes how the people faithfully continued to follow their traditional Japanese customs and culture, the observance of which he believes sustained them and helped them begin their ultimate recovery.

Bernard Smith was a member of the Allied Forces’ Occupation of Japan in 1946. He was greatly affected by the utter devastation which existed in Japan after Hiroshima, and is anxious to show how the Japanese people faced up to their trials; and, then, very commendably began to overcome them.