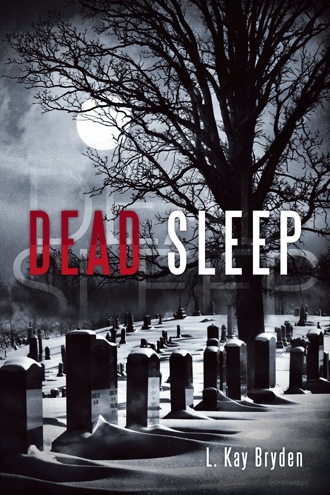 Brynnah tried to keep the tremor out of her voice as she answered Blake, but she was rattled now. She pushed the cross that she had clenched in her fist deep into her coat pocket. She was positive that no one had seen her pick it up, but she still had a guilty feeling burning in the pit of her stomach. She quickly walked the few additional yards it took to get to the large, plastic curtain that had been erected to shroud and surround the murder scene. Blake was about to enter the curtain just as she stepped beside him. Together, they threw back the plastic and stepped in. The smell of death was heavy in the air. When she first saw the plastic shroud, she had no idea what particular purpose the curtain could, or would, serve. But then she saw the body. She thought she had mentally prepared herself for what she would see. However, as soon as she stepped behind the plastic, she realized she wasn’t at all prepared. Nothing could have possibly prepared her for what she saw next. The first thing that met her eye was a mutilated body, hanging from the trunk of the big oak tree. The body was hanging upside down, skinned and beheaded. It had a note pinned to the de-fleshed torso with a rusty safety pin. Blake immediately informed her they had been able to make a visual I.D. from the head, which was skewered atop a long wooden cross which had been driven in the ground right next to the torso, hanging from the tree. Brynnah was speechless, but Blake saw the horror in Brynnah’s eyes and gently spoke. “Brynnah, the victim’s name is Ashley Darkwater.” Brynnah’s stomach twisted painfully. Overcome by nausea, she quickly turned and ran out of the plastic enclosure. She felt the bile rising bitterly in her throat, and she knew she was about to lose it. She ran out as quickly as she could, to avoid contaminating the crime scene by vomiting there. Just as she stumbled toward the edge of the cemetery, Kaden was walking up. Even in the ever-increasing darkness she knew it was him in the distance. She continued running, rushing right past him. When she had made it a safe and semi-private distance away, Brynnah fell to her knees in the snow, and promptly lost the entire contents of her stomach. When Kaden saw Brynnah rush past him, fall to her knees and vomit, he realized that what he was about to see must be horrific, because in all the years he’d known and worked with Brynnah, he’d never seen her react like that. He continued through the entrance to the shroud, and as soon as he stepped through the threshold and surveyed the scene, he realized it was far worse than he could have ever expected. 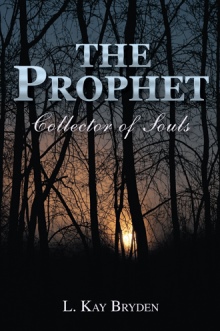 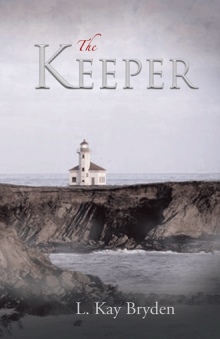 The remote, isolated town of Red Hills, Colorado, is about to feel the full force of its first snowstorm of the winter, and something evil has blown in on the winter wind. Still coming to terms with the loss of his wife and unborn son, retired homicide detective Kaden Hudson is called from retirement to head a task force appointed to find the maniac that’s leaving a trail of bodies in his wake. Partners with fellow detectives Brynnah Jaymeson and Jayson Weissen and six others from neighboring jurisdictions, the team set out to apprehend the killer, but one by one the task force is being eliminated, and the body count continues to rise. Throughout the investigation, Kaden and Brynnah simultaneously uncover clues that lead them both in a direction neither saw coming and that leaves Kaden questioning his very sanity.

L. Kay Bryden has enjoyed writing for well over three decades now. In 2011 she published her first novel, The Keeper, followed by The Prophet: Collector of Souls. Now she introduces her third thriller, Dead Sleep. Lisa resides in Bridgeville, Delaware, with her husband and her beloved menagerie, working on her next novel.