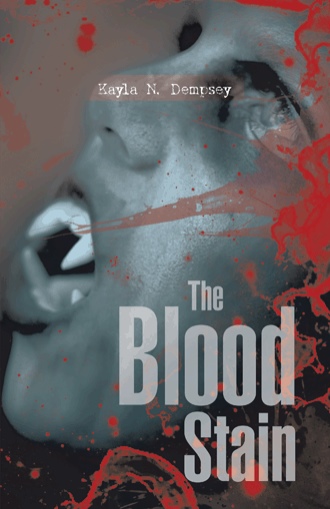 First Day First day of school. Fun. At least I was able find out more about the new kid. And maybe Karla would talk to me. A lot of things happen over the summer. Like some, but not all, preps try to deprep themselves to become normal but never stick to it. And the geeks try to become preps but go back to what they really are. Then there is my social status: the normals. Well, I never had any friends outside of my status group. And today was judgment day. For the new kid anyway, because once you are placed in a group there was no getting out of it. So I was sitting at my usual table, when I saw him: the new kid. He was a couple inches shorter than me with golden brown hair, and pretty sea blue eyes. And he was walking straight towards the prep tables. I wanted to warn him, but the status rules forbid it. I was left to just watch and hope for the best. He sat down. Judgment time. “Why are you sitting here?” I heard one of the preps shout. “Yeah, who said a normal could sit at our table?” shouted another. So he was like me. He was in the same status. If only he was a vampire then we would really be the same. “You’re supposed to sit over there.” shouted the first prep, pointing at the empty seat beside me, which was usually filled by Karla. So Ryan got up and walked over to the seat he was appointed, right beside me, and sat. He did not say or do anything, just sat. The bell rang. Everyone but him packed up and went to class. When he realized I was still there and looking at him. He turned away, but still sat there. So I spoke up. “Do you need help getting to your classes?” I asked. That was so pathetic, but at least I didn’t ask, ‘are you a vampire’, that would be suspicious. But his answer was normal as if he didn’t know how pathetic it was. “Yes, please. If you have enough time.” he said. He turned toward me and handed me his schedule. I looked at the schedule. I had seen it before. Then I realized that he had the exact same schedule as me. “You have the same classes as me; it shouldn’t be too hard.” I joked. “Thanks.” he laughed. I gathered my stuff, and he did the same. He looked sad. But I don’t think he wanted me to notice. So I didn’t say anything. I started walking toward the second hallway on the right and he followed. I looked at him out of the corner of my eye. He was staring at one of the preps at her locker. Oh great, I thought, he’s the type who hits on preps. Then I noticed that his eyes had changed colors as he stared. They were black now. Ha, I knew he’d be a vampire, I was right! But which side was he on, was he good or bad. I stopped; for he had stopped and he was still staring at the girl. I saw his teeth grow slightly. I grabbed his arm; he retracted his teeth and turned his eyes blue again. Then he turned and looked at me. I shook my head. “Don’t attack her,” I whispered, “she’s not worth it.” “You know?” he whispered back, “How did you know? Did you see?” He seemed scared that I knew. Surely he thought I was going to tell. “Don’t worry,” I said, “I won’t tell. I’m one too.” “Prove it” he said. So I did, I turned my eyes black and made my teeth elongate. He smiled. I think he was for the same reason I was: someone who understands. I retracted my teeth and turned my eyes back to their original color. “Finally” said Ryan, “finally someone who knows and understands what I’m going through!” “Same here,” I said happily. “Wait, are you good or bad?” Ryan asked skeptically. The question I was longing to ask since I saw his black eyes. “Good,” I answered. “What about you?” “I’m good too” he said, “I just attack animals.” The warning bell rang. Five minutes until the tardy bell. I started walking and Ryan followed. If I was late on the first day, what would my mom do; ground me? But wait I had an excuse: Ryan. But I still didn’t want to be late. We started to run. We were almost there two minutes until the bell. We had just walked through the door as the bell rang. We barely made it. And there sat Karla, she motioned me over; she’d saved me a seat. She was talking to me again.

Ever since my best friend found out what I was, she has been too scared to get near me. No matter how much I try to explain to her. She just will not listen. No one will. I never meant for her to find out, it just, kind of, happened. She walked in on me right after I had attacked a squirrel and was sucking its blood. I turned and saw her standing there. I felt the warm blood running down my chin. She turned and ran. I don’t think she has told anyone. No one has asked me anything. I think she fears people will say she has gone crazy. That vampires are not real. But she saw me, she knows the truth. No one can change her mind. But I am not the type of vampire that attacks people. I just attack small animals. But I can’t deny that sometimes I am tempted, but I never attack. Most vampires do attack humans, but that’s the bad kind. Well anyway, there’s a new kid at school, his name is Ryan. He’s supposed to come to my school tomorrow, which is the first day for everyone else too. I just hope he isn’t one of the preppy kind of guys. I hate them. They think they’re so perfect and better than everyone else. I would love to teach them a lesson, but I don’t want everyone to know I am a vampire. Everyone believes the preps. No matter what they say. But still, it would be good for them to see how it feels to be on the other end of the food chain. Then maybe they’d cut out the stupid stuff they do, like embarrassing people for their entertainment. Anyway, as I was saying I hope this Ryan kid isn’t like that. Maybe he is a vampire too; maybe I will finally have someone who understands. I mean, I haven’t told anyone about my being a vampire, not even my parents. The only person that knows is Karla, my best friend I mentioned earlier, and that’s it. I don’t want anyone else to know, I never wanted Karla to know, but you can’t change what’s already happened, can you? Plus, maybe this happened for a reason; maybe Karla was supposed to know. Maybe she could help me. If she ever talked to me again. I mean, if she hadn't told anyone maybe she was trying to protect me, trying to make sure nobody else found out, like a true friend. She found out a couple months ago. I’m sure the shock must wear off sometime, I hope. Maybe, since tomorrow was the first day of school, she would talk to me again. She might have thought about it over the summer and realized I need her now more than ever. I would find out if Karla is still my friend and if this Ryan kid was what I hoped he was tomorrow. I had a weird feeling that I was right about the new kid being a vampire, and an even weirder feeling that I was going to like it. Or maybe the weird feeling was just a desire to have a friend who was exactly like me in every way. Someone who knows what it’s like to have this annoying thirst for blood that makes everyone who knows afraid to come too close. And everyone who knows doesn’t want to be friends with you anymore because they think you are a killer.

Kayla Dempsey is seventeen years old and a senior at Jackson High School in Jackson, Ohio. She started writing when she was in the seventh grade at the age of twelve. She loves to read and write in her spare time and also participates in Drama Club (where she is in the International Thespian Society) and Symphonic/Marching Band at Jackson High School. Kayla is also involved in 4-H where she took Creative Writing as a project and realized that was what she wanted to do with her life. This is the first book of The Blood Stain Saga. Kayla lives in Jackson, Ohio with her parents.