Adventures with the Fairies 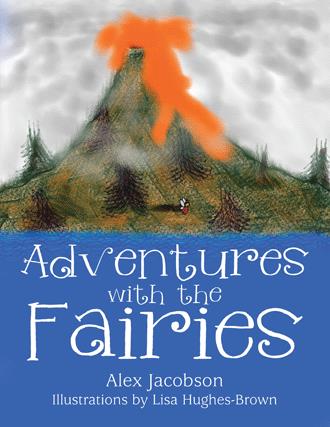 The largest volcano in the entire world is going to erupt today. When it does, the rim of the volcano would be lined with the usual tourists, along with about twenty school children. And, the only person who could save their lives was sitting at her kitchen table eating a bowl of cereal. This story doesn’t happen once upon a time. In fact, it doesn’t even happen that very long ago. And, it was not on a dark or stormy night, when it all seemed to begin. Actually it was on a very bright and sunny day on the tropical island of Hawaii. There, on that beautiful island in the middle of the Pacific Ocean, there lived a girl named Phoenix. She, like all young girls, went to school, did her homework and enjoyed lots of different things. She had friends at school, favorite subjects, and favorite books. Now that might seem normal enough to some people, but Phoenix had a very special ability that no one else in the whole world knew about – not even her mother. In fact, Phoenix did not even know, herself, that she had this special ability. You see she had yet to find any reason to use her special ability. One day, the teacher at Phoenix’s school announced a special trip for all of the children to the big island that had the volcano on it: Volcano Island. The biggest thrill of all would be that the children would be able to go up the side of the volcano and look into it. This was not dangerous because everyone knew that it had been a long time since the volcano had erupted. There was all kinds of modern equipment all over the volcano to tell the people at the Volcano Research Center well in advance if there would be an eruption. All of the children knew their field trip would be a lot of fun. But unbeknownst to everyone in Hawaii, and even the entire world – there was something else just below the rim of the volcano. Perhaps this was the most amazing thing in the world. Perhaps. Just below the rim of the volcano was a city of fairies. A city that had survived on the side of the volcano for over a thousand years, and had never been detected by any human, ever. Why? It was because to all humans the fairy city was invisible. No human could see or hear the fairies or their city. So the fairies just lived on the side of the volcano and enjoyed the warmth of the Hawaiian sunshine and the warm ground from the volcano. They grew their invisible food – their invisible fruits and vegetables – and they enjoyed playing their fairy games, which included riding fairy unicorns and swimming races in fairy ponds. But the most important thing about these fairies was that they had a way of telling when the volcano was about to erupt. The fairies would know days in advance, and they would pack their furniture and fairy outfits and their unicorns and pets. They could even pack up their entire houses, move it away from the volcano and then move back later, when the volcano cooled down again. It was Queen Eli Ella, Queen of the Volcano Fairies, who could tell days in advance that the volcano was about to erupt. It was she alone that could warn the fairy city, which was named Pho-Nix. Well, on the same day that Phoenix's teacher announced that the children would be going to see the volcano, Queen Eli Ella was announced to all of the Fairy Council of Pho-Nix that the volcano would soon be erupting, and the fairies must all begin to pack and leave the side of the volcano right away. As Queen Eli Ella was speaking to her subjects, one of the wiser of the Fairy Council pointed out to the queen that, perhaps, she was wrong. The fairies often flew, because fairies have no trouble flying on fairy wings, over to where the humans monitored their volcano equipment. The human’s equipment showed no indication of an eruption. Queen Eli Ella told the people, "The ability to predict when the volcano will erupt has been passed down from one fairy queen to the next for over one thousand years, and we have yet to be wrong. Most likely the humans’ equipment will warn them of the eruption very soon." Another member of the Fairy Council asked, "What if they do not get warned? We can't sit by while humans are burned. As fairies, we are sworn to protect human children. When the volcano erupted over half a century ago lots of humans and human children were burned. We have to help." Queen Eli Ella announced, "We cannot be seen or heard by humans. It has been that way for many centuries. They will rely on their instruments, as humans have, for many years. Our first responsibility is to the fairies in Pho-Nix. They must begin to move. We have done this many times over many past thousand years. We will do it again. When the volcano cools we will return as we always have." As Queen Eli Ella and her fairies were packing up all of their belongings to leave their beloved volcano home of Pho-Nix, Phoenix was packing up things to go see the volcano. Things like a nice lunch, comfortable shoes, extra shoelaces, a camera to take pictures, and a whistle that she carried in case she got lost. When the day of the trip to the volcano came, all of the children were very excited. They had been waiting only a few days, but they had all been so impatient that almost all of them had trouble sleeping the night before. Now, the day of the field trip was here. First, they would all take the boat ride over to Volcano Island. Second, from the dock, they would go up the volcano and look inside. 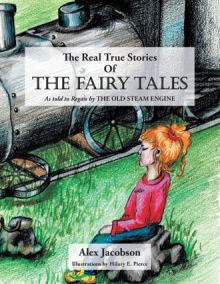 The Real True Stories of the Fairy Tales
Alex Jacobson
$23.04

Phoenix is a young girl who lives in Hawaii. She is there because her father, who is a navy chief, is stationed there. When her school class goes to Volcano Island to see the world’s largest volcano, Phoenix encounters Eli-Ela, the queen of the Volcano Island Fairies. No one else can see or hear the queen, but the queen warns Phoenix that the volcano is about to erupt, and they must save the people who are gathered around it. For aiding the fairy queen, Phoenix is made a princess of the fairies. But it is not till later she learns she can fly and why she can never be a fairy princess. From that first encounter with the queen, Phoenix has other adventures with the fairies. She meets President Lin-Con of the Fairy Council. She finds that she must save the fairy city from destruction and she must rescue the fairy children. In the end, Phoenix becomes the first human in centuries to share with the fairies “The Festival of the Sun and Stars.” Parents who have read these stories with their young daughters have noticed that all of the primary and strong characters are women.

Alex Jacobson had been interested in writing novels and biographical tales for many years. He is a graduate of California State University at Los Angeles with a bachelor of science degree. He has written adult fiction and biographical works along with his children’s stories. He was born in San Francisco, California. During the Cuban Missile Crisis, in October of 1962, he joined the army and was stationed in Europe. He often refers to his military life as an “all expense paid trip to Europe” paid for by the Defense Department. He has lived in Southern California and Texas. He now lives in the Denver, Colorado, area. He is always looking for new ideas for new stories.