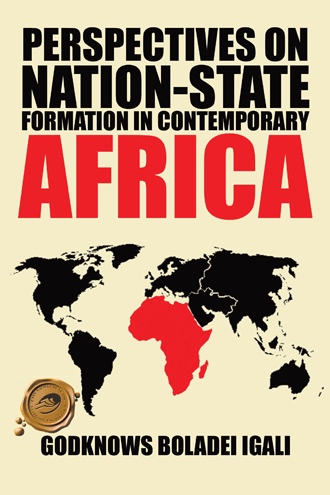 The 1990’s marked for most African nations, great moments of coming to terms in defining and properly setting a course of their internal collusion, integration, coalesces and intra-nationalism. Besides the fact that after the erstwhile intractable process of decolonization in Southern Africa, and the eclipse of Apartheid, one after the other, the leviathan of militarism in national politics came on a course of quietus. The effervescence of home grown political equanimity and democratic triumphalism became the order. Although, the results were in many cases pointed to a great line on the other side of the divide in ushering in a recycle of erstwhile military dictators, who now reverted into the cradle of political pluralism and democratic fervour. A typical case of Nigeria was quite epical; Olusegun Obasanjo, the former military dictator who made history by being the first African of his time to hand over power after conducting a widely accepted election in 1979 and came back to power in 1999 as a democratically elected president, but not without having spent three years in prison for becoming a crusader for democracy. Besides inheriting political power, he wrote in his prison memoire titled “animal called man” portraying rather satirically the challenges of nationhood, nationalism and governance in Africa. Against this backdrop of the event of African statehood in the 1990’s, came the flashback of what nations have experienced globally in bringing together and building of a political community; the experience of South America typically became the reference point. As a political historian, it was easy to use the South American example as a paradigm for the African case study. Indeed, by the nature of how states were formed in Africa, this experience therefore had great relevance for global enquiry of this nature. As Africa along with other formerly colonized countries in Asia and Latin America, were part of the processes of contemporary nation-state formation, I examined the processes of national integration in Africa from independence to the end of the military era in the 1990s. Therefore, as currently presented in this work, it has been revised and expanded. The work incorporates the benefits of my additional observations and reflections on the profound practical challenges of national integration. It is now much clearer to me that these processes are profoundly evolutionary and that most times national integration proceeds incrementally over time partly through state political, social and economic developmental activities as well as through the interactions of the actions of states, leaders and people. In fact, even the passage of time during which vast political, economic, social changes and interactions occur among the people, although often unnoticed are all parts of the processes of national integration and nation-state formation. At the same time, it is also clear that the process is not over and it is quite complicated and challenging, especially in new global order in which there is severe pressure from powerful external forces for new states to adopt political systems rather prematurely. In such an environment, it is important that African states, leaders and peoples have to take responsibility for self-consciously designing their desired states systems and promoting perspectives, activities and developments that deepen national unity and integration among the people in their societies. In this way their emergent nation-states and national integration will be well-grounded in their cultural and historical heritages and will therefore be more familiar and acceptable to their people. Moreover, it will be more secure and supported by the populace. I hope that my survey of the processes of national integration and nation-state formation in Africa from ancient times through the colonial period and since independence will with all the ongoing challenges, provide perspectives that deepen the understanding of these nation building processes. I hope also the work provides valuable hints of further steps or actions to be taken to further advance and consolidate the processes of political integration and nation-state formation in Africa. If it contributes to enriching the fields with fresh intellectual perspectives and policy options it would have served its purpose. 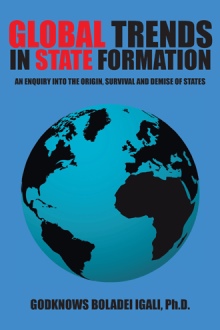 The challenge of state formation and national integration is evident, and the need for a solution is even more demanding in places like Africa where nation states were formed under very special historical circumstances. In Perspectives on Nation-State Formation in Contemporary Africa, author Godknows Boladei Igali presents a digest that examines the challenges of state formation and national integration in Africa and offers preferred solutions within the context of the symbolic diversities. In this study, Igali outlines the immediate context and challenges of national integration in Africa in its human dimension. He reviews the political formations of ancient Africa—which varied in size, philosophical premise, and organisational structures—and discusses partition, military invasions, conquest, and colonisation. He then addresses colonial rule or administration, African nationalism, and decolonisation and analyses the process of nation-state formation in post-independent Africa from the perspective of the political systems and ideologies Reviewing a wide range of time from ancient times through the colonial period and since independence, this survey discusses the processes of national integration and nation-state formation in Africa, providing perspectives that deepen the understanding of these nation-building processes.

Godknows Boladei Igali, earned his doctorate degree in Politics and International Studies from the University of Venezuela, Caracas. A career diplomat and seasoned technocrat, he had previously served as Nigeria’s Ambassador to several countries around the world including, Cameroon, and the Nordic countries of Denmark, Finland, Norway and Sweden. He has also held a number of top public appointments in Nigeria. He is an avid environmentalist and climate change advocate. He also sits on the board of several national and international charity and academic institutions and has received many global recognition and decorations. “I have known Ambassador Igali for many years and had served me in several capacities during my tenure as President. He enormously contributed to issues of peace at Bakassi Peninsula as Consul General of Nigeria to Cameroon and as my Honorary Adviser and Chief Negotiator during the Niger Delta crisis. He clearly belongs to the new generation of highly trained senior Nigerian Civil Servants and technocrats who are dedicated to the world of scholarship. They are willing and able to combine the demanding career responsibilities with the life of research and production of high quality works of scholarship as evident in the rich content of this seminal work.” Chief (Gen) Olusegun Obasanjo, GCFR Former President, Federal Republic of Nigeria