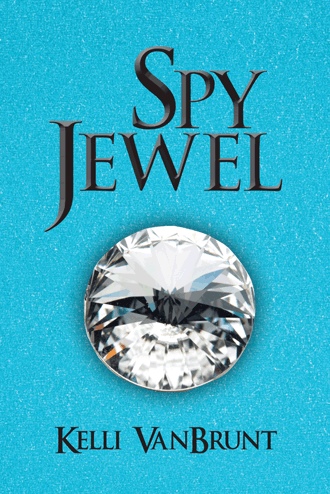 Then the floor dropped…something was happening…a bare room appeared…it was gone…then a prisoner’s room appeared…it was gone again…and finally, they hit the bottom of a cage. The robot bowed, and then its head twirled around and around so fast, and with so much force that the robot flew up into the air. The young detectives looked around. Young faces were on bodies, but clearly the bodies were not theirs. “Victor Hickory” or whoever he was had placed a chip in their brains. Duala had read about it, but it was only done either for power over others’ minds or the power of reading each other’s minds, if two got “twin chips” that could communicate by thought if one person sent a thought to the other. Each “chipped” human raised its arms and the girls were so shocked they jumped – the arms were perfect silver! Knowing that they’d meet this fate soon, they both ran as far as they could but when they reached a dead end, they knew that they would need to fight. Clover was being tackled by one of them, and Duala recognized that one – Clairi! Her blonde hair was a total giveaway, as were her blue eyes, though they'd dimmed recently, perhaps from the chip in Clairi's head. Clover seemed to know it too. “Cla-airi – It’s – me, Clover!” Clover rasped through the firm grasp of Clairi. Clairi seemed to recognize Clover, but the chip in her brain wouldn’t let her let go. Clover finally summoned up the strength to give Clairi a weak kick in the stomach with all the strength she had. Though it was very weak, it worked. Clairi fell backwards, allowing Clover to regain her strength and start battling with Duala. Clairi, meanwhile, was unconscious. In her chipped state, she had never been unconscious before, or hurt at all – her reflexes were too fast for that, and her arms were hard – and she wouldn’t get used to it. Ever.

When a diamond is stolen from Maple’s Gem Store, Duala and Clover, two everyday teenage girls, step up and try to find it. But a small case quickly turns into a big one, and they end up finding a lot more.

Kelli VanBrunt is a woman born on August 15, 2003, who has been writing since age six. She loves art, music, and stories. She loves spy stories. Kelli currently lives in Pagosa Springs, Colorado, with her mother and her brother.