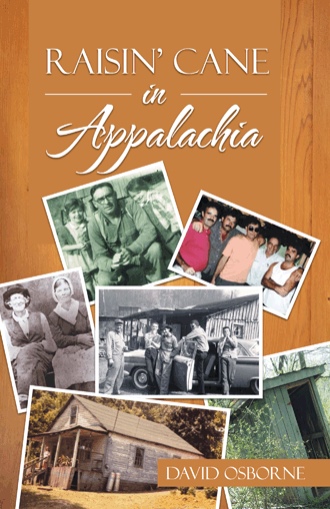 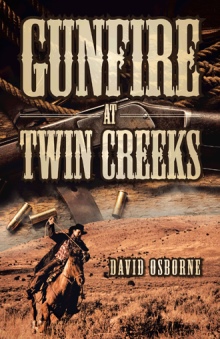 Author David Osborne has brought to life the difficult experiences and carefree joys of growing up in Appalachia. The family consisted of thirteen children plus Mom and Dad, and they lived on the old home place that the family referred to simply as “The Holler.” The children worked tirelessly alongside their father, Steve, and mother, Thelma, to coax—or perhaps force—a living from the hills and the small amount of level land that they called a farm. “We all had full-time, yearlong jobs,” Osborne remembers. “The kinds of work that we did often varied from season to season, but the work itself was always there.” Osborne’s ancestors, having come from Southwest Virginia through Pike County, Kentucky, and settling in Southern Ohio, always lived a difficult life. There was hunting and fishing, hog killing, cane grinding, and plowing the rocky land to raise a garden. His grandfather was always full of hair-raising stories and tall tales that would curl your toes. He knew that all his ancestors were not “thoroughbreds,” and he also knew that some could have been considered “nags,” so he knew that the tall tales were not far from the truth. Life was not always about work because above all, there were the children and their attempts to have fun. Through their relentless efforts by the rambunctious, irrepressible, and in many cases, irresponsible children to amuse themselves, they played as hard as they worked. They survived in spite of everything life could throw against them. These were simpler times when the family grew up. There were no phones or television sets in the house. They had no electricity or running water, therefore making the “outhouse” a significant part of their lives. Those that grew up during this time will remember and may linger a moment to compare their lives with the events and situations in this book. Some may tend to look back fondly at the memories, but just keep in mind that there were many memories that we all would just as soon forget

David Osborne was born in a family of thirteen children in Pike County, Ohio, and raised in Scioto County near Portsmouth through some stops in Kentucky. He graduated from Northwest High school in McDermott, Ohio, in 1961. Even though he obtained an academic scholarship from Ohio University Portsmouth Branch, financial and family issues caused him to drop out before the semester ended. He took his father’s advice and moved to Columbus, Ohio, and went to work. In 1963 he married Patricia Pickard and was drafted into the US Army about a month later. During his military time, he decided to renew his dream of teaching, and he went back to college. After attending Southern Colorado State College in Colorado Springs, Colorado, he spent time at Florissant Valley Community College in Saint Louis, Missouri, before graduating from the University of Missouri, Saint Louis. He obtained a BS degree in political science and then moved back to Southern Ohio to begin a teaching career. A couple of years later, he obtained a master’s degree from Xavier University at Cincinnati. In addition to retiring from the Naval Reserve as a chief petty officer, he spent almost forty years in education being a teacher, assistant principal, and a principal. His last assignment was a principalship in Savannah, Georgia, and that is where he retired. After his retirement, he worked at several other positions, but his main goal was to become a successful writer. This is his fifth book, including three Western novels that allowed him to become a member of the Western Writers of America.