Faith: What It Can Do 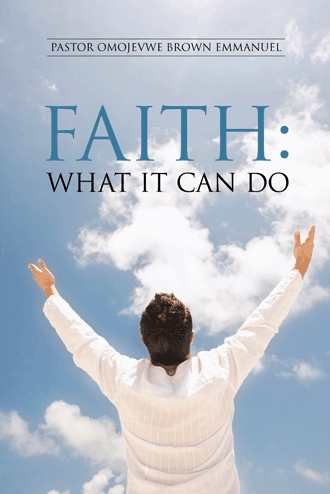 Life is of both an exciting and an unpleasant experience that every man must have a full dose of it before the coming of our savior. How would life look like without experience? There is a new experience that Christians have: speaking in tongues, casting out the devil completely from their domain, raising the dead, and working miracles. Before you can triumph in the Christian race, there is a tendency that an experience of hard life is required for greatness. Every sad experience of the righteous leads him to witness a glorious miracle here on earth. But every good experience of the wicked leads him into a sad ending. 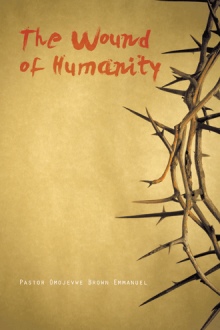 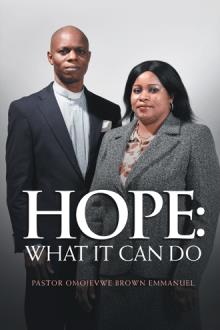 HOPE: WHAT IT CAN DO
Pastor Omojevwe Brown Emmanuel
$21.99 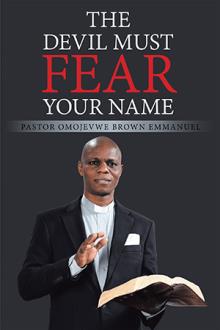 The Devil Must Fear Your Name
Pastor Omojevwe Brown Emmanuel
$28.99

Christians are the products of yesterday, today, and forever. It means that we have the past, present, and future. Everybody has past records; if not well handled with faith, it can ruin your future completely. You need faith in Jesus Christ to remain successful in life. Look for faith and make it the foundational stone that will hold your past, present, and future without any unnecessary anxieties. Friends are important when they are contributing to your success, but when you are the only one carrying their burdens, you will soon be like them—poor. Faith will make you survive when you are left alone. God will never visit you for a special miracle until men will leave you alone in the midst of trouble. There are two people you must trust for your future: Jesus Christ and yourself. A meaningful and outstanding future is the result of faith commanded into critical situation when all hope is lost. Everyone that wants to have a glorious future must look for faith to embrace. You cannot divorce faith and marry future. You never know how important faith is until you know how painful it is to live life without faith. The Bible says, “The just shall live by faith” (Romans 1:17, NKJV). Brethren, it is only those that have faith who will drive into future with fearless minds.

Omojevwe Emmanuel A. Brown was born into a polygamous family, a native of Oghenerurie-Iyede, in Delta State, Nigeria. He attended Local Authority Primary School, Iju-Odo, in Okitipupa local government area, Ondo State, Nigeria , in 1979 to 1985. He graduated from Manuwa Memorial Grammar School (MMGS) in Iju-Odo. He is a poet, writer, and public speaker. His father, late chief Omojevwe Egbegbe Usuame, was partially an idol worshipper and had little time for God; sometimes he would go to church whenever there was ceremony, like a wedding and only if invited. But Pastor Emmanuel Brown’s mother was a faithful and strong devoted member of Anglican Church dioceses. He remained unmoved by his mother’s faith as a young child, but occasionally, he did attend church services and at the same time partook in his father’s idol worship. As a young energetic man, Pastor Brown started taking care of himself even when he am still in the college; his parents taught him how to be hard working. So being hard working was a part of his upbringing. After completion of college, Pastor Brown’s search for greener pastures led him into unspeakable sins that almost ruin his life until he met Jesus Christ. Pastor Emmanuel Brown is the senior pastor of True Vine Evangelical Bible Ministry worldwide. Prior to the commencement of True Vine Evangelical Bible Ministry in 2009, he has served under the stewardship of Evangelism Bible Church (WEBIC) for many years in Italy, which Prophet (Dr.) Samson Ayorinde and Prophetess Mercy Ayorinde were the president/founder. WEBIC Italy started from his sitting room with only five members and gradually increased in hundreds with many branches across Italy. He believes that God is the ultimate and there is no power elsewhere that can save except Jesus Christ. So the gospel was faithfully preached, but with much trials and persecutions, scandals even from his own congregation and Christian brethren because of his strong attack on prostitution, drugs trafficking, human enslavement, and uncompromising messages. However, mighty signs and wonders effortlessly, naturally follows his ministrations/meetings whenever he minister the word of faith to God’s people. Hundreds and thousands were delivered from demonic afflictions, made whole completely by the power of Holy Spirit. He believes in the power and significance of spoken Word of God, and may its exposition relate to spiritual life of all believers. Pastor Brown has, over the years, proved his sincere compassion on those that the society has neglected, abused, afflicted, and molested. He is one out of a million that believes so much on human values. He also believes that all sinners—drunkards, smokers, sex workers, etc.—have so much to offer to the kingdom of God if they are properly cared for without discrimination. We have to love them as our sisters/brothers and introduce Jesus Christ to them (show them love and care) and have them born again through the word of faith. Down the years, several great ministers of God were raised up and nurtured by him. There is no doubt that he has transformed lives across the globe. His faith in Christ Jesus remained committed and focused in faces of perils.