The Evolution of Complexity in 4-d Space Time 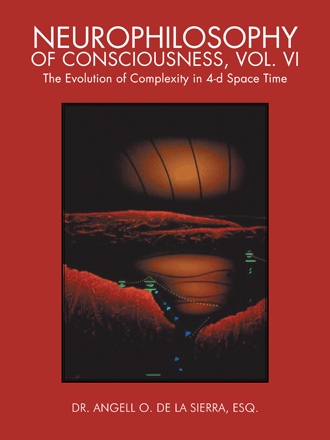 Never before did the American voter have to choose between two extreme idealistic political philosophies as consistently evident from opinion polls when viewed by the average middle class moderate as a standard guide for a healthy, happy and convivial life for all NOW. For the first time most voters think both candidates are likeable family guys with what seems to half of the voters as a clear agenda to solve the immediate problems of the nation. If elected, will either one succeed in carrying on their policies on a both a current and a long range basis? We think not for the reasons explained below, unless they veer from their stated course and seriously consider the incorporation of the opposing candidate’s logical viewpoints. To have the best of both approaches succeed we need to eventually let the loser of the election become automatically the vice-president and let the nation benefit from the presence of hybrid ideologies complementing each other as they coexist and evolve with unavoidable circumstances. Presidential candidates need to stop fighting the quixotic windmills of the opposing views as if they were necessarily relevant evils. I hope to provide below not an instant simplistic solution but an analytical insight as to what influential elements are the result of each candidate’s inherited and environmentally acquired data base inputs into their decision-making process plus other relevant considerations as how to escape the subhuman manifold into eventual greater biopsychosocial (BPS) horizons for the human species. Argumentation. It is naturally expected by the voters that once the national challenges to be encountered are spelled out and compared with the applicable philosophical model, the result will provide a moderate landscape for all appropriate adjustments to social contingencies predicted or considered as they arise; the same priority-based guidance both leader-protagonists would execute themselves in response to identical circumstances. As individuals, their intellectual fitness to the socio-political challenges ahead is of the essence and it depends on the genetic and acquired baggage they bring on to bear on the specific circumstantial challenges confronted and how they may logically transcend their BPS default responses in benefit of those they aspire to serve. Now get ready for the flight of fancy to follow. Two individuals may have equivalent levels of fitness even when having very different sets of physical characteristics because intellectual fitness for a leadership job is an irreducible primitive trait that derives its meaning from the quasi axiomatic formulation of current/ongoing socio-economic evolution theory that both candidates should have adopted in principle regardless of trivial priorities in their possible execution. Both candidates together and with the assistance of experts in economy and philosophy should be committed to distinguish the conflicting strands in the debate and minimize the unnecessary confusion that controls the media on the methodological role of economic optimality assumptions, and the explanatory goals of socioeconomic theory. 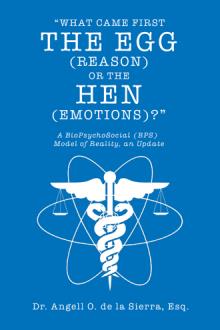 Anyone who has ever enjoyed the honor to lecture a graduate school audience will tell you that simplicity in delivery as a goal is a worthwhile pragmatic and theoretical virtue if and only the expected and appropriate cognitive content are aimed at the student and not for self indulgence, independent of the corresponding level of complexity to be communicated. There is a tacit presumption that ‘selling/marketing’ an idea by a professor implies there must be a ‘buyer’ student purchase for a pedagogical transaction to be completed. Unless, of course, the professor, consciously knowing (or not) is engaged in a self-serving soliloquy assuming as primitive, ‘self-evident’ complex propositions and often expressed as either inspired on a radical conceptual theosophy or based on a radical empirical, probable/statistical scientific lab result as characterized by extremist pronouncements. Yet, the very complex and changing nature of the object/event, in its dynamic evolutionary progression in our Minkowsky 4-d space time existential reality, opts to reveal its complexity to human audiences in the form of the simplest possible model-poems solution that are compatible with the student’s undeveloped brain dynamics’ phenomenology and combinatorial limitations, as amply detailed in our other publications. We now expand further on the justifications for our general poem on the evolution of complexity as discussed under “The Immanent Invariant and the Transcendental Transforming Horizons.” We need to harmonize integrative the exotic idealistic speculations and conjectures of conceptual models with the empirical/pragmatic measurements coming out of the lab. See Ch. 12, “Nurophilosophy of Consciousness.”, Vol. IV and Vol. V.

After so many years of laboring within the confined university walls of academe, retirement becomes both a threat and a challenge. Never before did you have the time to follow up on the few occasions serendipitous enlightenments flashed across your path. Tenure and cost-efficient, pragmatic considerations always kept you away. But there is no excuse now. Is it worth it? I would like to invite all those studious of the mind/brain interface puzzle to share our insights. What follows represents an ongoing series of reflections on the ontology of consciousness based on some intuitions on life, language acquisition, and survival strategies to accommodate the biological, psychic, and social imperatives of human life in its ecological niche, thus the BPS model. For the latest publication, click on BPS Model. http://www.delaSierra-Sheffer.net/ID-Neurophilo-net/index.htm