THE DREAM LIFE OF Jesus 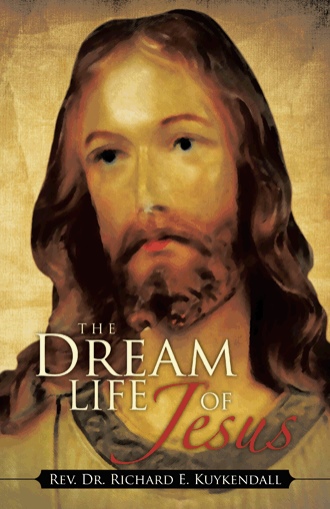 Last night I dreamed I was in a theater. The curtains were closed and I was working with a priest on the set—which was not really a set but the Most Holy Place of the temple in Jerusalem. There were differences however between the set and the Most Holy place. One was the fact that there were two sphinx’ on each side of the Ark of the Covenant which were about the size of large kneeling lions. Another difference was the sensual nature of the place. The floor was covered in silks and beautiful carpets and the walls in lush curtains of velvet—all in different dark but rich colors. These pleased the eyes and one’s sense of touch. Also, besides the smell of incense—the floor was strewn with rose petals—thus pleasing to the sense of smell. I commented to the priest of how sensual this place was. Next I climbed up a side wall and over a curtain to go light the candles which lit the area where the audience would sit. I climbed along the wall which was now covered with a chain-like fence. When I got to the candles however, I accidentally stepped on one of two paintings a young woman was hanging on the wall, and thus I tore them along the edges. The young woman was very hurt and as I climbed down to apologize I saw that there was a large dog—almost dead, lying on the floor. Upon trying to determine what was wrong with the dog, I found that a needle was inserted into its jugular vein, with the opposite end open and its blood was thus coming out in a steady stream—without a pulse. This reminded me of a time when I saw priests performing an exorcism on a girl who was possessed—they had poked her with a needle to see her bleed. Others working in the theater came to see what had happened but when I looked at the dog with the others, the dog became a young man—who all assumed was dead. But as they began to wheel him away, lying back down on a stretcher, he lifted his head, raised up on one elbow and extended his other hand as if pleading, and mouthed words to the effect that he was not dead!—in a cry without sound. There upon the young woman ran to him crying and embraced him. I then awoke. 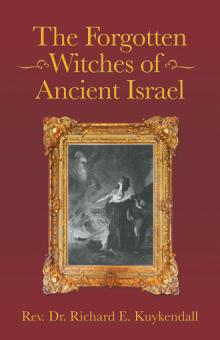 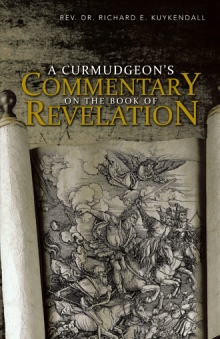 A CURMUDGEON’S COMMENTARY ON THE BOOK OF REVELATION
REV. DR. RICHARD E. KUYKENDALL
$13.42 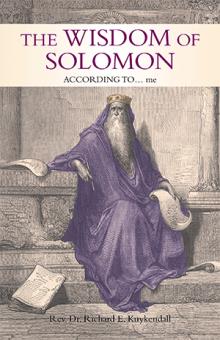 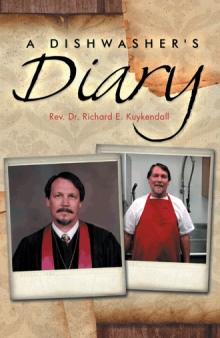 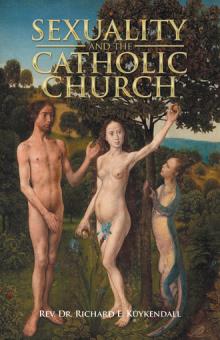 The Dream Life of Jesus is a fictional account of Jesus’s dream life, created and adapted from the extensive dream journals of the author. It attempts to imagine what Jesus would have recorded in his dream journals had he kept them. The early life of Jesus was guided by the dreams of his earthly father, Joseph, as recorded in the first two chapters of the Gospel of Matthew. The Jewish Talmud says, “A dream not interpreted is like a letter unopened from God.” Sigmund Freud said that “dreams are the royal road to the Unconscious.” And Jeremy Taylor says that “all dreams come in the service of health and wholeness.” It is the intention of the author to inspire those who read this to start paying attention to their dreams.

The Rev. Dr. Richard E. Kuykendall holds a bachelor of arts degree, a master of divinity degree, and a doctor of ministry degree. He has been a minister for more than thirty years, serving in a number of locations in California. At the last three churches he served, he began a program called Spiritwind—a study group of spiritual adventurers—where he led those who attended into “the exotic realms of the Spirit.” After his retirement, he continued his Spiritwind program at Unity of Auburn, California. Kuykendall has been doing dream workshops for over twenty years and has studied with Jeremy Taylor, author of The Wisdom of Your Dreams, in his doctoral studies. Kuykendall is also the author of Prophetess of the Earth, Even Witches Have Names, and A Diswhaser’s Diary.