Leaves in the Tea 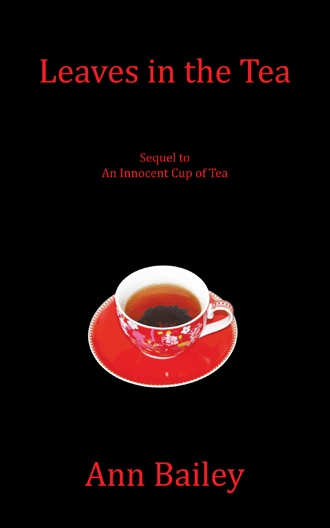 The present is touched by the dark shadows of the past. Follow these characters as they try to straighten out their lives and, hopefully, their future. WILL marries ROSIE only to find she has a traumatic secret. Quote He sat on the bed and she stood in front of him and held his head against her body. “You are all I have, ever had. I loved you from the moment we met”, she whispered. “Then why, Rosie. We could have a lovely life together. Why hang onto this old place. Why?”. Rosie sighed. “Because of what happened”. “What happened?”. “You can’t guess?”. “No, what must I guess?”. HELEN the sociopath is obsessed with Jack and willing to go to any length to get what she wants. Quote She had eased her away from the old wooden piles, telling herself that she was not helping Emy to drown but rather not helping her to survive. * She welcomed his kisses, hot, desperate, kisses known by those who received too little passion, who needed to be loved and to return love. “Oh Helen”, he whispered. “Sine amor, nihil est vita”. “What’s that?”, she asked, softly. “Without love, life is pointless”, he answered. MICHAEL LEE who seems to be a nice guy. But is he? Quote He decided to follow up his plan, a romantic dinner, followed by a nightcap at his apartment and the ensuing night of love. Then he would drop her. He thought that would probably be the best for him, for her and her child. * “The Changlings”, he muttered, to himself. No, he definitely did not fall into that category. If anyone had to change it would be the woman, she the weaker sex, subservient, would have to please him. He didn’t think he needed to change the status quo by adapting to some woman’s idea of Mr. Perfect. * Yes, he thought, he might string Helen along for a while. He thought they might find some common ground, even if it was only their intense dislike of each other. SOPHIE AND PETER, divorced but still in love. Quote He took her in his arms and she remembered how they used to love, his tenderness, his warmth. She felt a tear roll down her cheek. She had lost him to some cheap pickup who had drawled down the back of his neck until he gave way. She could understand how it had happened, she had wanted to say it did not matter, but it did. Her pride had been irreparably damaged, so she had thought. He stepped back a little and saw the tear. A MULTIPLE OF LOVE Quote She met Mike as planned. He ordered oysters and she reminded him of how they were an aphrodisiac and purposely let the juice roll slightly down the side of her mouth. He had taken his napkin and gently dabbed the careless dribble and she had smiled, the kind of smile which spoke the unsaid word. * “Me, what about me?”, she screamed. “He married me in the hope he could learn to screw”. She could feel the air leaving her lungs, feel and hear herself gasping for breath and for a second she saw Emy on the bed doing the same. Gasping for air, for life. 2. JIMMY LEE, a grandfather who has good reason to be angry. Quote He picked up the ‘phone. “Chia, I want you to do something for me. I want to know everything you can find out about Michael Lee. You met him once, he was with my granddaughter. I want to know every ‘phone call he made and every ‘phone call he received. I want to know who he saw and when he saw them. I want to know where he is now and every move he makes. I don’t care how long it takes or how much it costs. Do you understand?”. * “He won’t get away with this. I will make sure he regrets the day he set foot in my house. I will revenge her”, he hissed. TWO OF A KIND Quote He looked across the still lake and imagined Emy sitting on the mooring, dabbling her feet in the green water. He had not revenged her as he had intended. In fact, he was sharing the enemy’s bed. * She kissed him and for the first time, it was a kiss of affection, as a mother kisses her child. A kiss for her baby who had not lived long enough to know love, a kiss for her baby who had escaped the pain of life. A kiss which broke her heart. JACK unexpectedly meets an old love. He invited her into the house for a beer and talked briefly of the past. Then she kissed him. He could feel the warmth of her body against him, recall the feel of her when she was young, their secret lovemaking. He remembered how she had sat behind him on his motorbike, hanging on to his jacket while he showed off as he took the corners too narrowly or swerved between the traffic. 3. JILLIE who is unhappy with her father, Jack, and the part he played in her mother’s death. Quote “She had been chasing me since kingdom come. I had a weak moment and I succumbed to kingdom come”, he smiled at his rhyming. “Did that cost mum her life?”. “Why do you say that?”, he gasped. “Because if Helen had not been around, mum would be alive today”. “We can’t control everything”, he muttered. “You could have seen the consequences, if you had chosen to”, she shouted, hysterically. * LOVE IN THE MIST, Jack meets Alison. quote “I thinned out these flowers”. “Oh, you shouldn’t have done that They’re ‘Love in the Mist’. They always look a bit straggly”. “Appropriate name”, he chuckled. “That just about sums it up. Love, I mean”. 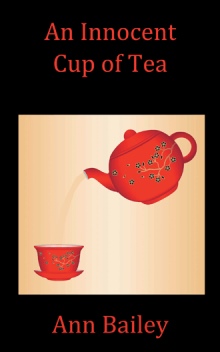 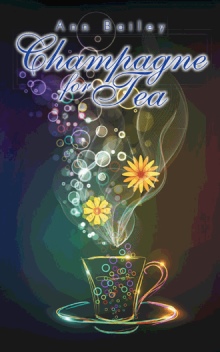 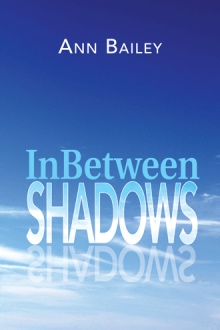 Rosie is a woman with a secret. Will loves her but is forced to solve her problem. With humour, trial and error, he manages to 'lay her victim to rest'. Helen will go to any lengths to get what she wants no matter the cost, no matter the chaos she causes others. Beware of Helen, perhaps she is dangerous, perhaps she is a Sociopath! Michael Lee is an angry young man, brought up by his mother who lied to him for years. Is it any wonder he is self-loving and scheming? Unfortunately, he becomes caught in his own web. Jack and Rob are close friends but perhaps Rob was not entirely honest with his past. Do you believe in poetic justice? Do you believe in happy endings? Well, yes, they do exist though not always as planned. "Leaves in the Tea" is a sequel to "An Innocent Cup of Tea" and takes the reader into the lives of characters, their past and how it affects their present. Of course, they are not all bad, just humans with frailties. Only some are more frail than others.