A Forest of Ideas 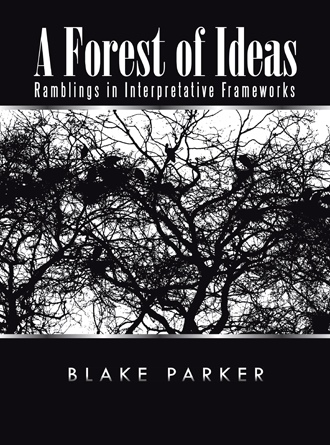 Social Construction The model of phenomenological metaphor I use must be understood in the broader context of “social construction.” My basic assumption is that culture itself and the individual selves within it are social constructions. That is to say, while we live in a “natural world” and have “biological bodies” this world and our bodies over time come to have more or less conventionalized meanings. The world we live in is the world as it is presented to us as a set of cultural meanings. The self we create (or have created for us) is created in the context of this social understanding. From this point of view, the self is a set of understandings, ideas, images, feelings, that I identify as myself, my identity. This world is characterized by “difference” – things are boundaried & separate. Unless I go out of my way to create myself in individualistic ways, this self is essentially conventional. I wear conventional clothes or at least I accept the convention of wearing clothes, I take on a gender identity of one sort or another & so forth. This is the “ego” identity that, in the mystic model, constitutes the entrapment of consciousness. In this “ordinary” world where “rationality” is the organizing principle, it is easy to conceive of two fundamentally different types, the conventional person & the creative person. We shall hear more of them soon. Of course, there are many different schemes whereby personality types are identified but these two are of present interest with regard to our chosen topic of mysticism. In my model of phenomenological metaphor, I understand the social construction of self & society to be accomplished essentially by metaphor. Or rather, given that “meaning” is the main social construction, the “meaning” of self & society is constituted via metaphor, but not just any metaphor, living metaphor. I use the ordinary concept of metaphor as a linguistic device but situate it in a living context. The idea is that in order to understand society & self as a social construction, we must deal with real life experiences. Central to the understanding of “real life,” at least for us, is the concept of “embodiment.” We are “embodied beings.” Furthermore, culture can be understood to “embody” various meanings. Culture (a system of meanings) is constituted by metaphor & metaphor “embodies” meaning. Going further, we, as living breathing selves, on one hand, embody metaphor (our thought) and on the other hand, we are the living embodiment of metaphor (a metaphoric social creation.) Living metaphor, then, (metaphor in context) is comprised of the conjunction of two elements – the living world of context & the conventional world of culture. Our apprehension of the living contextual world, however, is through our perception. It is, in fact, the world of perception. Thus we can say that living metaphor embodies, on the one hand, the flow of perception – that is to say “the world,” not yet conceptualized, the world as it simply is, ongoing & eternal, &, on the other hand, the conventional aspect of our understanding – the world of forms, concepts, thoughts etc. This is “metaphor” understood from a living phenomenological point of view. It is “language” in the broadest sense, language working in the world & including those who make language as well as that of which language is made. It is important to note, then, that we (as conventional beings) are embodied by cultural metaphor. We are metaphoric creatures, created by culture. On the other hand, we (as creative cultural beings) embody our cultural metaphors. As artists, scientists, mystics, we make & re-make those metaphors & thus society changes. Metaphor, from the phenomenological point of view, may also be understood as comprised of a figure/ground gestalt whereby one side or the other is in the foreground & “controls” the other. Thus the formless can guide & “control” conventional form, or the world of form (convention) can guide & “control” the formless. Thus, “meaning” or “meaningful experience” for an embodied entity (a person) arises from the living interaction of perception (awareness) in real life situations and our conventional understandings (words.) The conventional word “cow” combines with some sort of experience of the perceptual cosmos with a cow in it, to create the constellation of meanings, denotative & connotative, of the word “cow.” The conventional understanding occurs in the context of the natural world (cosmos). The self is comprised of metaphor. The self is a metaphor, or perhaps a series of unfolding metaphors. It is a system of forms, ideas, objects, & so forth. Culture itself is also a system of metaphors, thoughts, ideas, institutions, and forms. When we allow the conventional side of metaphor to control the phenomenological (formless) side, then we constitute conventional experience. This is the land of so-called “ego,” wherein we are fixated on various elements of illusion we think of as “reality.” This is the conventional “everyday” world & we are trapped in a conventional self or “ego.” The constitution of “meaning” is conventional. Very often in mystical thought, we hear of our imprisonment being caused by our “identification” with illusions, our fixation on people & things, our “love” and our “hate.” In general, from a mystic worldview the real world (cosmos-perception) is understood to be distorted or hidden by our attachment to the emotional life & so on. If on the other hand, we allow (or set things up in such a way that) the free flow of perception (the formless, the “real” world, the eternal, etc.) is allowed to control conventional cultural meanings, then we are in a “creative state” & we make new metaphors, make ourselves anew, are renewed, revivified with the flowing world, our ego is abandoned, we are free. In order to set up these “creative” conditions we need to “let go” of our conventional understanding (bracket it out) and let the full richness of experience come into our awareness. 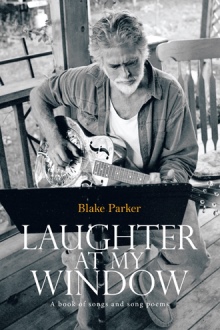 Laughter at My Window
Blake Parker
$20.00

Blake Parker worked on this series of writings in the last year of his life while he lived with a terminal diagnosis of cancer. It is a mixture of poetry, dialogues, book reports, and short essays, formed as a sort of shorthand to a number of concepts, primarily from sociology and anthropology, which he saw as useful, if not actually essential, for understanding symbolic interpretation and the essence of the therapeutic process within a social and cultural context. He designed the psychoanalytic and therapeutic diagrams to clarify concepts and as teaching aids for art therapy students and therapists. Blake uses a phenomenological understanding of metaphor in order to throw light upon the process of social construction, creativity, and conceptions of mysticism or spirituality. The book includes some of his personal reflections regarding death, dying, creativity, and the meaning of life. The “notes” are essentially a hermeneutic of mysticism, a moving from the parts to the whole and the whole to the parts. It is a forest of ideas and ramblings in interpretive frameworks that emerged and is presented in a circular spiral.

Blake Parker: Sept. 25, 1943 – Jan. 30, 2007 Blake Parker, MA, a medical anthropologist and performance poet, taught psychoanalytic concepts, symbolic interpretation, culturally-infused views of mental illness, research methods and poetry for many years at the Kutenai Art Therapy Institute (KATI), Nelson, BC. Blake was also a partner in Blue Heron Productions: Research in Communication tools, collaborating with Monica Carpendale in designing nine therapeutic communication board games which are sold around the world. Blake Parker was a spoken word artist, performance poet, multimedia artist and collaborator, known for his improvisation and evocative voice. He was involved in writing and performance poetry for all of his adult life and was very involved in the cross-fertilization of different disciplines creating a number of experimental and mixed media collaborations.