A Modern Tale of the Three Little Pigs 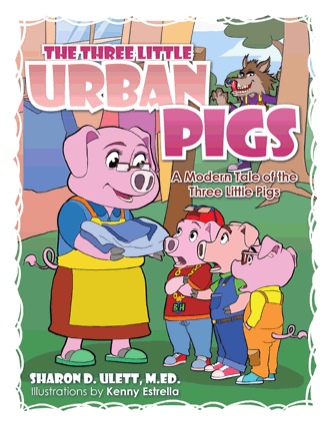 Once upon a time, there were three little pigs, Jashawn, Daquan, and Jaleel, living with their single mom. As time passed, they got older and grew bigger. They got so big that the little studio apartment in which they lived seemed to have shrunk. It was like living in a closet. They were tripping over each other, fussing at one another, and getting on their mother’s nerves. She was always squealing, yelling, and threatening. Finally, she had had enough. One day, she called them together and said, “Listen up, boys! Y’all have gotten way too big to be hanging around here. I am tired of butts hitting me here and butts hitting me there, this one squealing, that one shrieking, oink here, oink there, oink everywhere. That’s it! Y’all need to get out!” The three little pigs stood astonished, gazing at their mom. No one said anything; they just stood there. Finally, Jaleel, who loved his mom dearly and thought he was her favorite piglet, spoke up. He was always dressed nicely, spoke politely, and was a hardworking and helpful piglet. He knew his mom always threatened to kick them out of the house, but she never did. This time, however, he could tell that she was serious. He thought that if anyone could get her to change her mind, he could. Besides, he didn’t want to leave her alone. In the calmest and most sincere voice, he said, “But, Mom . . .” “My point exactly,” she fired back. “Butt, butts, and more butts—too many butts. Y’all got to go.” Daquan always wanted to leave and find his own place. He was not the smartest piglet in the world, but very ambitious. He was an aspiring rapper. He called himself the Big Hog. His mother loved him, but he was headstrong, and so they were always butting snouts. 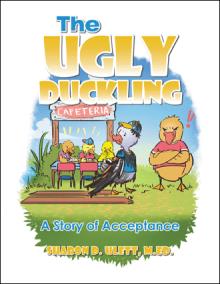 The Three Little Urban Pigs is a modern tale of the Three Little Pigs. It has a touch of single mommy issues as well as challenges one might face if things are not done right the first time. There is a moral to the story, but also lots of humor.

Sharon Diana Ulett (Powell) was born in Kingston, Jamaica in 1961 to Vera and Dacosta Powell. She migrated to the United States in 1993 where she received an Associates Degree from Community College of Philadelphia, a Bachelor of Science degree from Philadelphia University and a Masters in Education from Arcadia University. She is also certified in Special Education. Sharon has a deep love for children and a passion for education. She currently works in an Autistic Support classroom in the School District of Philadelphia. Ms. Ulett enjoys teaching, writing and telling stories. The Three Little Urban Pigs is her first story to be put in print and she hopes it will be the first of many. Sharon is the proud mother of two grown sons, Calvin (U.S. Air Force Pilot) and Jaleel (the third little pig). She is also the proud grandparent of one grandson and twin granddaughters.