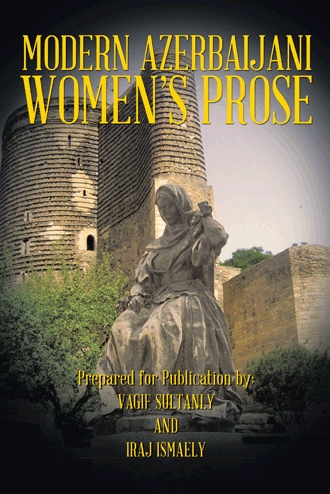 This anthology presented to readers consists of the artistic prose of the last thirty years. As this period coveres the collapse of the Soviet Union and Azerbaijan’s independence, the literature reflects the influence of these momentous changes of that period. The literary process was impacted on by the serious conflicts occurring in the social life of the aforesaid writers, political contradictions and changes of power as well as the mass genocide caused by the Russian Soviet troops in Baku, the capital of Azerbaijan on 20 January 1990 and the tense periods of the mountainous Garabagh confrontation. On the whole the social-political and moral-ethical spirit of the period has permeated into the female writers’ works. Such a collection consisting of the Azerbaijani female writers’ works is presented to the readers of the English speaking world. However, it’s noticeable that the presentation of literature of any nation on the plane of female writers has certain conditional specificity, because distinguishing the artistic literature on a gender plane may seem inexpedient. Besides the factor of gender, there is the angle of the exotic which also attracts the readers attention. This book, combining the works of writers representing various literary generations like Aziza Jafarzade, Sara Oghuz, Manzar Nigarli, Afag Masud, Nushaba Mammadli, Mehriban Vazir, Gunel Anargizi, Zumrud Yaghmur, Nazila Isgandarova, Aygun Hasanoghlu, Eluja Atali, Khumar Alakbarli, Khuraman Ismayil, Sevinj Nurugizi, Tarana Vahid, Afag Shikhli, Shalala Abil, Shahnaz Kamal, etc., consists of the best samples of Azerbaijani women’s prose written in the last few years. The works by Aziza Jafarzade, known among female writers as the author of historical novels like My Voice Is all over the World, Return to the Motherland, Baku-1501, Zarrintadj-Tahira, From Land to Land, Tragedy of a Voice, Sultan of Love, etc., deemed as valuable samples of the Azerbaijani artistic prose. In the aforesaid novels, the author illuminated the dark and unknown pages of history of Azerbaijan and created a vivid view of the far and near past. This collection presented to readers contains samples of the stories written by the author in the style of tales. Sara Oghuz, Manzar Nigarli, Afag Masud, Aygun Hasanoghlu, Gunel Anargizi, and Zumrud Yaghmur write principally on modern topics. Their works draw attention to social problems, styles of analytical thinking, and philosophic features. However, it’s noticeable that each of the aforesaid writers has individual creative manners and specific writing styles, and the factors distinguishing them are more prominent than those unifying them. The anthology also contains works by Mehriban Vazir, Nisa Bayim, Khuraman Ismayil, Natavan Damirchioglu, Khumar Alakbarli, Naringul, and Tarana Vahid expressing sensitive treatment of modern social problems and sensitivity of public opinion. This feature allows them to turn the issues affecting the community into a topic in an interestingly open and direct way. The destiny of some contemporary Azerbaijani writers is connected to migration. They are the female writers among the people leaving Azerbaijan in the last few years due to social, political, economic, and other reasons. Gulshan Latifkhan, Nazila Isgandarova, Eluca Atali, Aytan Agshin, Afag Shikhli, Shalala Abil, and Shahnaz Kamal, whose works are also included in the present anthology, have left the motherland and presently live abroad. This factor significantly impacted on the content of their writing, ideas and problemes, form, and artistic aspects. At last, Azerbaijani female writers also have detective and fiction works, as well as those devoted to the children’s world. All of these aspects express the variety of genre, style, and topic that affects the female writers’ artistic research. Certainly it’s impossible to separately specify the creative world of the writers included in the anthology. Consequently, only the general concepts are expressed here. Generally, Azerbaijani female writers’ works have certain artistic licenses from the point of view of content and stylistic form. These writers’ works contain various topics, starting from the most social and political problems up to moral and ethical issues. Besides, the written works are based upon various creative styles. The stories included in the anthology were selected with due consideration to the world readers’ interest and taste, as well as a variety of topics and contents of these works. Thus, there are epic-analytic, lyrical-psychological, and conditional-metaphorical works among these stories. Surely, we don’t intend to insist that all of the works included in the anthology be deemed as of a high-level literary standard. However, it is our opinion that the selected works in this anthology express the real view of the contemporary Azerbaijani artistic prose personified by the female writers. 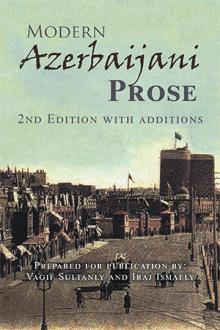 This anthology presented to reader consists of the artistic prose of the last thirty years. As this period covers the collapse of the Soviet Union and Azerbaijan’s independence, the literature reflects the influence of these momentous changes of that period. This book contains the works of writers representing a wide literary generation to include the likes of Aziza Jafarzade, Sara Oghuz, Manzar Nigarli, Afag Masud, Nushaba Mammadli, Mehriban Vazir, Gunel Anargizi, Zumrud Yaghmur, Nazila Isgandarova, Aygun Hasanoghlu, Eluja Atali, Khumar Alakbarli, Shalala Abil and others. It consists of the best examples of Azerbaijani women’s prose created during this period . Azerbaijani female writers’ works have certain artistic licenses from the point of view of content and style. These writers’ works contain various topics, starting from the social and political problems up to moral, ethical and family issues. Besides, the written works are based upon various creative styles. The stories selected in the anthology were based on their relevance to the world readers’ interest and taste. Thus, there are epic-analytic, lyrical psychological and conditional-metaphorical works among these stories. All of these aspects express the wide variety of genre, style, and topic that represents the female writers’ artistic research.