On the Ranch with Sam and Gladys 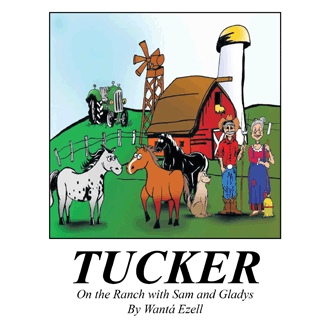 Chapter 1 Tucker the Horse On a quiet, serene ranch lived a horse named Tucker. Tucker was a beautiful sorrel quarter horse. He was also a playful, mischievous horse who liked to cause problems with the other horses. When Tucker came to his owners, Sam and Gladys, he joined two other horses—Co-Chief, a frilled and long-legged black thoroughbred; and Miss Kitty, a short and stocky gray-speckled quarter horse. As time went on, the three horses became a close-knit family, with Tucker growing to become like the child of Co-Chief and Miss Kitty. Tucker was very close to Co-Chief and Miss Kitty, and he did not like being separated from them. If they wandered out of his view, he would panic and run anxiously around the pasture trying to find them. In a fit of desperation, he would cry out with a loud whinny sound so that Sam would hear him and get him back with his family. On warm and beautiful days, Tucker enjoyed the open pasture at the ranch. He ran joyfully, showing off his strong and youthful frame. The pasture was separated in half by a beautiful, bright white fence and a pond in the middle. Tucker, being mischievous, learned how to get across the pond. Sam and Gladys did not know how he was doing this, so they hung a wire across the pond to discourage Tucker from crossing. But every day at feeding time, Tucker would be on the other side. After that, Sam constructed a partial fence across the pond. Still, Tucker somehow crossed the water. It would have been okay, if Tucker had gone back over before feeding time. However, each morning at breakfast, Tucker would still be on the other side, and Sam had to open the gate to let Tucker into the feeding pen with the other horses. One day Sam decided in order to get Tucker to obey, he had to let him remain on the other side while he fed the other horses. Because Tucker enjoyed feeding time with the family, he was not happy with Sam’s decision. Sam however was not moved by Tucker’s emotions and let Tucker voice his disappointment by crying, bucking, and rolling on the ground. Once he calmed himself down and after the family was finish eating, Sam let Tucker over for his feeding alone. The other horses thought the whole scenario was funny. This was the last time Tucker was caught on the other side at feeding time. 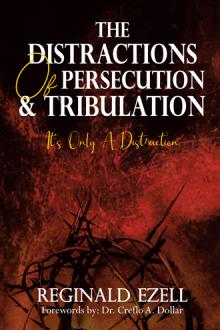 THE DISTRACTIONS OF PERSECUTION & TRIBULATION
Reginald Ezell & Foreword by Dr. Creflo A. Dollar
$10.99 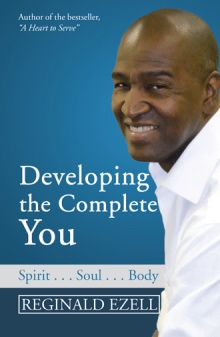 Developing the Complete You
Reginald Ezell
$13.42 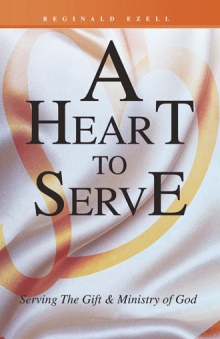 This novel is about a particular horse name Tucker. The horses in this book are real; Tucker is the author’s personal horse. She writes about several incidents with the horses that are exaggerated but brings to life the challenges that youth face today in their everyday lives. She uses comical illustrations with the animals to better demonstrate her points; her desire is to give positive solutions to the youth to resolve today's challenges when encountering negative responses or actions. This is a must read for parents to share the moral values in this book with their children, and even for teachers to discuss with their classes.

Wanta Ezell, is an author, spiritual leader, and entrepreneur. Being a native of Georgia she fell in love with the comfortable life of the south. She purchased a 40 acre ranch so she could fulfill her dream of having a ranch with numerous horses and other animals. In doing so, she discovered a uniqueness about horses that she did not know; they have a personality that is humorous and almost humanly real. This gave her the inspiration and motivation for writing this book. She lives in Georgia, with her husband. This is her first novel.