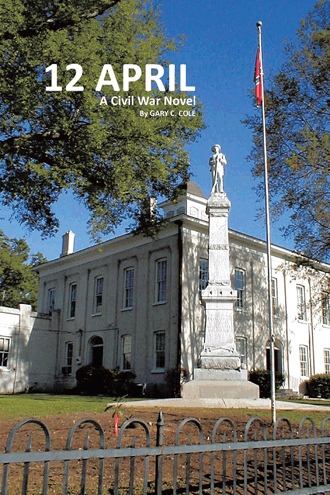 Richard Wesley Cole was a seventh-generation American whose family got caught up in America’s Civil War and the twelve dark years of Reconstruction that followed. They lived through the most tumultuous period in our Nation’s history and experienced firsthand the hardships and horrors of a Nation at war with itself. And it affected them for the rest of their lives. Richard was born to a pioneer family in Tuscaloosa County on the Alabama frontier just a dozen years after a boy named Abraham was born to another pioneer family some four hundred miles northward in Hardin County on the Kentucky frontier. The two boys would share the unique experiences common to growing up on the frontier, but their lives would take dramatically different paths and would profoundly impact each other. One would move from the Kentucky frontier to a town in Indiana then to another town in Illinois, while the other would move from the Alabama frontier to a frontier in Choctaw County, Mississippi, then to another frontier just forty miles east of the Mississippi River in Carroll County, Mississippi. One would become President of the United States and fight to preserve the Union and the other would become a Private in the Army of the Confederate States of America and fight to dissolve the Union. Neither would live to see if their cause prevailed. Richard’s family owned slaves and he grew up listening to the debate that ultimately divided the Nation. After moving to Carroll County, Mississippi, he purchased a quarter Section of land one mile northeast of Black Hawk and worked the land like generations of his family before him. He purchased his first slaves in April 1860. A year later on 12 April 1861, Richard was working in his fields, getting ready to plant another cotton crop when he saw a rider in the distance riding hard down the path leading to Richard’s farm. It was Richard’s neighbor John McCarty. John jumped off his horse and breathlessly told Richard that the telegraph office in Black Hawk had received word that Confederate forces in Charleston, South Carolina, began firing on Fort Sumter earlier that morning. Richard, his wife, Eliza, and the rest of their family climbed into their wagon and headed to Black Hawk, where they became part of the crowd filling the streets, discussing the possibility of war, and anxiously awaiting further news from Charleston. The men and boys were excited about the possibility of war with the North and bragged that if war came, it wouldn’t be very long before the South defeated them and sent them scurrying back home, but Eliza was saddened by the prospects of war. The men misunderstood what a war would be like, but Eliza didn’t and her worst fears would come to pass as the war decimated her family. The crowds still filled the streets of Black Hawk the next day when news of Fort Sumter’s surrender was received. Cheers filled the air and a patriotic fervor surged throughout the village. Eight days later on 21 April 1861, a volunteer state militia company, called The Black Hawk Rifles, was formed in Black Hawk. Richard’s nineteen-year-old son, a son-in-law, and a future son-in-law enlisted with the company. Four months later, another future son-in-law joined that same company. In February 1862, Richard’s second son, barely age seventeen, ran away from home to join the Confederate Army. Eight months later on 24 October 1862, Richard enlisted as a foot soldier with the 3rd Mississippi State Infantry and left home for the war. Less than a year later on 11 August 1863, he became a horseman with George’s Regiment, Mississippi Cavalry, which later became the 5th Regiment Mississippi Cavalry and a part of General Nathan Bedford Forrest’s Cavalry Department. Richard proudly rode with General Forrest during his Okolona campaign in February 1864, his campaign in West Tennessee in March and April, and his attack on Fort Pillow on 12 April 1864. When the Fort’s commander refused to surrender, Forrest ordered his troops to attack. At the sound of the bugle, the Confederates sprang from the ground, filled the air with their bloodcurdling rebel yell, and ran across the short distance to the ditch surrounding the Fort. They were met with a shower of bullets from the garrison and a number of them were hit and fell to the ground. Lieutenant-Colonel Wiley M. Reed was struck down some eighty yards from the Fort while leading the 5th Mississippi Cavalry. Lieutenant N. B. Burton was killed by his side. When Richard saw Colonel Reed and Lt. Burton fall, he yelled at the top of his voice and kept running as fast as he could towards the Fort, more determined than ever, to overrun the Yankee garrison. Bullets whizzed by and Richard saw several of this friends fall to the ground. Richard fired his pistols, reloaded, and fired again as quickly as he could. A minie ball struck the ground in front of Richard and another glazed his left arm. He then felt a heavy thud in the center of his chest and everything disappeared in sudden darkness as he fell to the ground. Richard’s death at Fort Pillow was just one of many tragic events that brought home the harsh realities of war to Eliza. Her oldest son died at Camp Beauregard, Kentucky, just eight months after he joined The Black Hawk Rifles. Her second son was captured at the Battle of Lookout Mountain just two days after he enlisted with the 30th Mississippi Infantry and spent over a year and a half in a Yankee prison. The Black Hawk Rifles became Company G of the 22nd Mississippi Infantry Regiment and fought in numerous bloody engagements during the war. And in February 1864, Eliza saw a Yankee raiding party ride through Black Hawk and burn most of the village. The war to free the slaves made Eliza a slave to fear as she struggled to learn the latest news about the war and her soldiers. 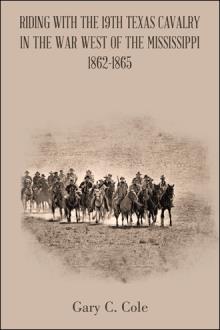 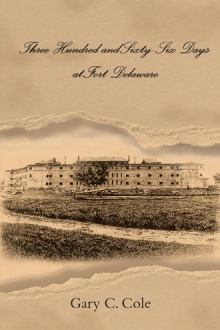 Richard Wesley Cole was a seventh-generation American whose family got caught up in America’s Civil War. He enlisted as a foot soldier with the 3rd Mississippi State Infantry in October 1863 and, less than a year later, became a horseman with George’s Regiment, Mississippi Cavalry, which later became the 5th Mississippi Cavalry in General Nathan Bedford Forrest’s Cavalry Department. Richard proudly rode with Forrest until Richard was killed on 12 April 1864, at the Battle of Fort Pillow in Lauderdale County, Tennessee. Richard’s story is a history of his family, a partial history of the 5th Mississippi Cavalry, the 22nd Mississippi Infantry, and the 30th Mississippi Infantry, and is a history of the war itself seen through the eyes of Richard and his family. When news reached Black Hawk, Mississippi, that Confederate troops in South Carolina had fired on Fort Sumter, the men and boys of the village were excited about the possibility of war with the North and bragged that if war came, it wouldn’t be long before the Yankees were defeated and sent scurrying back home. The men and boys misunderstood what war would be like, but Richard’s wife, Eliza, didn’t and her worst fears would be realized as the war decimated her family. Eight days after the surrender of Fort Sumter, a volunteer state militia company was formed in Black Hawk. Richard’s oldest son, a son-in-law, and two future sons-in-law enlisted with the company. Richard’s second son ran away from home in February 1862 and joined the Confederate Army. Eight months later, Richard left home for the war. Richard and his family lived through the most tumultuous period in our Nation’s history. They experienced firsthand the hardships and horrors of a nation at war with itself and it affected them for the rest of their lives.

Gary C. Cole is an eleventh-generation American born in Dallas, Texas in 1943 and graduated from Texas Christian University in 1965. He is a retired insurance company executive and serves as Chairman of the Texas Health Insurance Pool. Gary is an ordained Baptist Deacon and lives with his wife, Betty, on a small farm outside Bullard, Texas, where they raise Registered Texas Longhorns. In 1973, Gary published "Across the Frontier-A History of the Cole family from the 13th Century." He is a great-great grandson of Richard Wesley Cole, a Private in the Confederate Army, who rode with General Nathan Bedford Forrest during the War Between the States.