A Mountain of Many Names 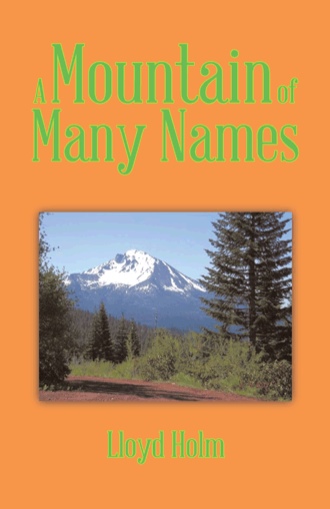 “A Mountain of Many Names” refers to Mt. McLoughlin, a 9,965-foot dormant volcano located in southern Oregon. My introduction to the mountain was in 1957 on my first trip to a little town nestled in the Cascade Range of Oregon called Butte Falls. As we drove through Agate Desert (now White City) Claude Curtis pointed out the mountain and I instantly fell in love with it. I have lived and worked in its shadow most of my life. During my time with the United States Forest Service I became the Cultural Resource Technician for the Butte Falls Ranger District. I was able to research the many names the mountain has had, both Native American and English. I came up with 15 names, give or take. Thus the name of my book. I did not start out to write a book. I wanted to tell the story of my first year here in Butte Falls as a record for my family. That was to be the end of it. As I researched historical records and old photos I found myself recalling more and more of my early life. Memories came flooding back and the story got longer. Soon I was recalling events from my first 2 years with the Forest Service on the Big Bend District of the Tahoe National Forest. More stories were written and eventually I found I had enough to publish a small book.

Lloyd Holm was born in South Bend, Indiana on November 28, 1937. As a child he was raised in Grass Valley, California. He graduated from Nevada Union High School in June 1956. The following year he moved to Butte Falls, Oregon to take a job as a lookout for the United States Forest Service. Lloyd has remained in Butte Falls the rest of his life where continued to work for the Forest Service and raise a family of six children. He remained in Butte Falls after retirement in 1992 and continues to live there today with his wife Diane.