A Primer on Politics before and after the Election

PART ONE: THE CAMPAIGN IS ALL ABOUT THE CANDIDATE. PART TWO: THOUGHTS OF AN ELECTED OFFICIAL 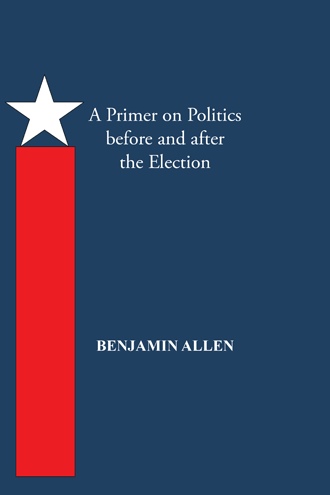 This book of elementary principles of politics is written in two (2) parts. Part One is entitled :The Campaign is all About The Candidate". It is primarily concerned with matters to be considered by a person involved in a campaign. Part is entitled :Thoughts of an Elected Official". It is primarily concerned with a reflection of what happened during a term in office when the campaigning ends and the work of representing the people begins. This book is a primer on practical politics before and after the election and it provides a guide for any person who wants to be a Candidate and a Public Official.

ABOUT THE AUTHOR, Benjamin Allen is a former state legislator. He has served as a political advisor for local and state campaigns. He has lectured on campaigning and he frequently comments on politics on local television, radio and in local print media.