A Brief Outline of Religious History

And the Growing Danger Ahead 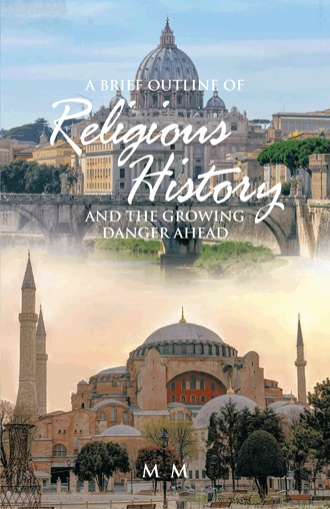 This paper was written because the author (MM) believes a great threat to world peace is imminent. The subjects raised in leading to, and in support of, this belief are intentionally brief and included only to lead to the conclusion. There are volumes written on each subject and available to anyone with a further interest. The potential solution to the threat will be extremely difficult to accomplish for many reasons but must be attempted.

The author was raised a Catholic and taught to believe the Catholic Church to be the true church and the pope to be the successor of Christ and thus infallible. While serving in the US Army, he used free time to read and study the Bible. He came to think of the Old Testament as merely fables. The New Testament seemed believable because historically, Christ lived and was crucified.

After his time in the army, the next few decades were consumed with raising a family, advancing his career, and earning a BA in business management. He made a Cursillo, a very emotional experience, became a lector/commentator at Mass, and for a short time, taught a religion class for high school students. It was during this time that it occurred to him that the strongest argument against being a nonbeliever is that you could spend eternity in hell. He realized that many peoples’ belief in the church and God were based on fear.

His work required travel to sixty-five countries, which gave him the opportunity to meet many interesting and highly educated people. The interaction with people and learning of their history and religion was enlightening.

After much research, he came to the belief that the major cause of trouble around the world is conflict between Christians and Muslims, and we must find a way to end the killing and bring peace and security to the world. After three years of study and thought, this paper is the end result.