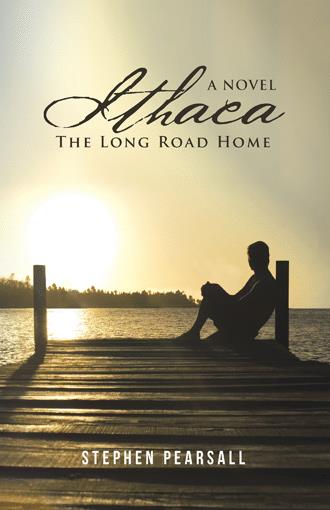 Andropolis had made the other decision for him, and Nicholas’s man would arrive on Sumner’s doorstep within the week. This man would enter and leave the country like a shadow, question nothing, travel discreetly and carry out his task. He would need money, mostly small bills, and Boynton had $5000 ready in his desk drawer. And the irony of the plan was that he would need a gun. Boynton stopped his pacing in front of the antique chest and unlatched the double doors. The box containing the Smith and Wesson 45mm semi-automatic and a cartridge clip rested on a shelf. He had purchased the pistol off the street. The filed serial number prevented tracing it. Andropolis had given him no warning on what weapon the assassin preferred. Always thorough, Boynton has also procured a standard Remington rifle, a model 700, 30-06 with a 26-inch barrel, and a telescopic sight. Its size would make it harder to carry in public. The rifle offered pinpoint accuracy at 400 yards. He had painstakingly removed its serial number also. Two days later, the same man that had delivered documents a month before arrived mid-morning on his doorstep. This time he used the driveway and parked his car below the stairs leading to the deck. Boynton noticed the mustache and thought he had the features of a Slovak. Again, they did not shake hands, but the visitor agreed to sit on the porch for their discussion. His dark eyes poured over Boynton’s face. “I arrived this morning and rented that 1967 model Ford,” he said, pointing down the steps. I’m unfamiliar with American cars. Do you think it will make it to your west coast?” “If you drive with caution, it will make it. How did you pay for it?” “Someone in Europe prepaid all the charges. I can turn it in at any airport and walk away.” “Perfect,” Sumner murmured. He couldn’t refrain from staring at the man’s lips when he talked. They were thin and moved awkwardly. “I have several items for you. Do you prefer a pistol or a rifle?” “I would like a long barreled, centerfire bolt-action rifle with a good scope and a simple tripod. The rifle can be American, but the best scopes come from Germany. I’ll need a box of cartridges so that it looks like I’m a hunter. There must be a store in your village that sells hunting clothes.” His accent was slight and noticeable only if you hung on words—Serbian maybe. Sumner led the man with no name into his house. The Remington lay assembled on a table. His visitor studied it in silence and then began to take it apart with precision. He was obviously comfortable with weapons. He packed the gun parts in a black carrying case and placed the scope and ammo in a separate grip. Sumner then retrieved the money from his desk and stacked it on the table. The man from nowhere zipped the bills into a pouch without counting. “I have several more items for you. Here are some newspaper clippings, with pictures. The lecture is to occur at the University next week. Also, I have a layout of the cemetery and have marked the grave site. Naturally, I did not make any accommodation arrangements for you. I do not wish to know your travel plans. You and I have never met. I do not know you.” The stranger gathered his cases and headed for the front door. Sumner felt a chill sweep his body and stood rigid watching the departure. His voice surprised him when he spoke. “Here is a fake residence card you can use to access the library. I assume you have a passport.” 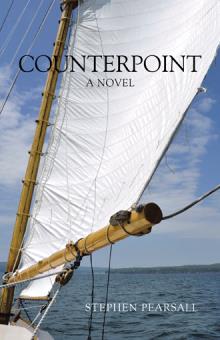 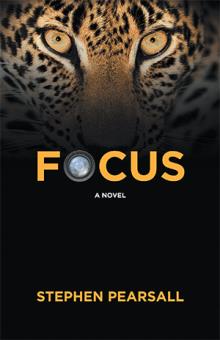 Ithaca is Stephen Pearsall’s third novel in the Norquist trilogy and portrays with insight and sensitivity Kyle Norquist’s journey from childhood to his election as a US Senator. It is the story of war and adventure, intense relationships and perfect love, greed, malice and murder. The beginning of handgun proliferation in the United States and the world’s appetite for weapons becomes a center-focus for two Senators who met on the Stanford University campus. One became the principal proponent of handgun regulation, and the other exposed a conspiracy to illegally ship weapons to nefarious foreign clients. The story argues that we can never entirely fathom another person’s deepest thoughts, not our family’s nor our friends’ and that a father and son’s relationship may be the most challenging. The conclusion gathers characters from the three novels and examines their philosophies and reveals their surprising judgements on their own life and that of their family.

Reading is a passion—almost anything that offers fresh thought. Writing follows reading. My first book, a memoir, covered my early years and I wrote it when dared by my family. It was a series of essays, written in the first person, and the mission of writing it gave me unexpected pleasure. I then turned to writing novels—a more difficult task. What followed were three books portraying a wide variety of people who make mistakes in their lives, accept challenges, and are capable of fierce love and exhibiting the courage to fight for what they deem to be right. There are segments in each book that capture real and significant events in Africa, Asia, Europe and the United States. Writing the trilogy gave me more pleasure. I wish I had begun writing as a young man.