The Forgotten Hero of Zimbabwe Liberation 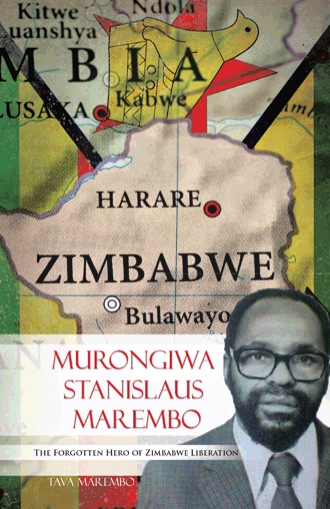 “I got arrested for subversive speech at a meeting in Nyameni Township on 18/09/1962, Two days before the ban (of ZAPU) where I had spoken as a chief speaker at a gathering of over 5 000 people, the biggest ever held in Marandellas. I refused to be tried by Sergeant Mantbatton and a magistrate Grant was sent from Salisbury to try my case. The Minister of justice, Clifford Dupont issued a certificate refusing bail to be paid and I was remanded in custody for three (3) months. My attorneys Byron Venturas and Travlos, with the assistance of Advocate Hannan made another application and succeeded. I was allowed bail out but restricted within 12 miles radius from the Salisbury Main Post Office. My trial was transferred from Marandellas Court to Salisbury Regional Court. “Part of my speech considered subversive was dealing mainly with racial laws, where I described Whites as riders and Africans as horses. It was said this was incitement. My advocate produced a copy of Lord Malvern, formally Sir Haggins, when he spoke to a White gathering during the introduction of the Federation telling Whites not to fear because the whole thing was going to be like a horse and a rider, that Whites were going to remain on top of the Africans. Argued that the speech was a political one and if I am charged, then the author, according to him, Lord Malvern should also be brought to court for such utterances. I was however convicted for other parts of my speech and sentenced to 18 months imprisonment with 6 months suspended for 5 years. I successfully appealed against both conviction and sentence and I was acquitted by the High Court, presided over by Judges Lewis and Mcdonald.

This is chiefly a narrative by one of the founding politicians of Zimbabwe, Murongiwa Stanislaus Marembo, about his life in the then-oppressive Rhodesia. The man who spent arguably the longest, a total of seventeen years, in detention tells of his trials, tribulations, and the persecution he suffered for the independence of Zimbabwe. Mr. Marembo was one of the first people to be arrested and detained for political reasons. He was incarcerated in many a prison and detention and restriction area across what was then Southern Rhodesia and was left at the mercy of the wild.

Marembo was instrumental in the transformation of Zimbabwe from the hands of the minority to the majority, but he did not live to enjoy the fruits of his labor. The real enemy pounced and assassinated him on 6 February 1981 by a bomb.

Tavakunda was born on 6 July 1976 as the nineteenth-born child of M. S. Marembo amongst fifteen male and eight female siblings. He grew up performing all the chores required of a rural boy, from ploughing, weeding, herding cattle, and milking cows to erecting and repairing the fence surrounding the homestead. He attended Bemberi (Mt. Darwin), Mhofu (Harare), and Chionana (Chiota) primary schools between 1983 and 1989, Chionana Secondary School from 1990 to 1993, and Marlborough High School from 1994 to 1995 for his Cambridge GCE Ordinary and Advanced Levels, respectively.

Tavakunda could not pursue university studies at Africa University in 1996, where he had secured a place because of financial reasons and, instead, sought employment. He, between 1996 and April 2002, worked in the Zimbabwe government as a junior civil servant. In May 2002, he moved to Net One (Pvt.) Ltd. up until 2006. He left Zimbabwe for Namibia, where he could not get a formal job because of very restrictive laws. He, however, managed to join hands with some colleagues and run an educational and training project, Institute of Youth Training and Development, between 2007 and 2008. He became frustrated because of inhibited growth and left for South Africa, where he has been employed as a personal financial advisor in Old Mutual Life Assurance Company since 2009.

He studied for a marketing qualification with the Institute of Marketing Management (IMM), Graduate School of Marketing SA, and he attained a three-year graduate diploma in marketing in 2000. In 2003, he graduated with a bachelor of business administration degree in marketing with the same institution. Lack of finance had resulted in him failing to go to Australia in 2000 to study economics at Latrobe University before pursuing the degree program.