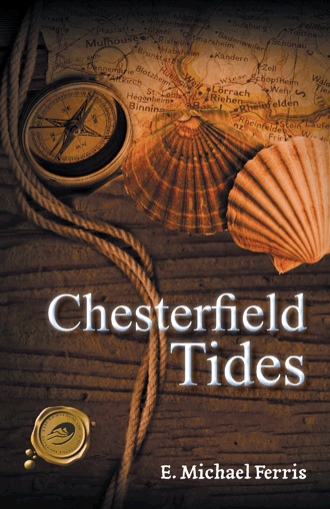 When Terry was confident the officer had no capacity to fight, he glanced over at the old man. It was an interesting exchange. The old man looked at Terry, his knuckles bleeding, and nodded. The nod was more than a “thank you”. It was the unspoken bond of brothers in battle, a bond born over and over again in history going back to the early dawn of man, the bond known to the rare few who stand together shoulder to shoulder and face the pain, fear and death of a battlefield. The old man knew Terry was not from around there; he didn’t know who he was, or why he happened to be there,he just knew that for a few fleeting moments there was no one closer in the world than the stranger in the fight.

The body of this story traces the adventures of Terry Cooper before, during and after WWII. It starts with the private loss he felt as the war came crashing down on his north London neighborhood. It follows his personal growth both as a soldier and a young man rapidly exposed to the world outside the shell of his childhood life. He must tap into his training and street smarts to survive as an undercover agent hiding in Germany before D-Day, and the course of his mission is altered by a bazaar event he could never have imagined or planned for. His exposure to war time life in Germany shifts his narrow opinion of a people under threat. After his near death experiences desperately trying to get to the safe side of the moving battle lines of 1944, he endures the twisted mind of a war bureaucrat with a uniform and commission. At last he returns to his beloved mother and the unexpected challenge and self discovery while recovering in the west coast of Ireland. Later in his life an unanticipated legacy discovery shocks him, and the words of a stranger from so many years before suddenly become understandable.

Having spent a large portion of the 1960's and 70's in North London I grew up around adults who's experiences of WWII shaped they way they saw life. Living in a home that was built on the site of bombed neighborhood, I often imagined the countless dramas of wartime life and the lasting ripples of those years. This story brewed in me for several years before I was fortunate enough to have the time and opportunity to lay it down. Thank you for buying this book and I hope you enjoy where it will take you. EMF