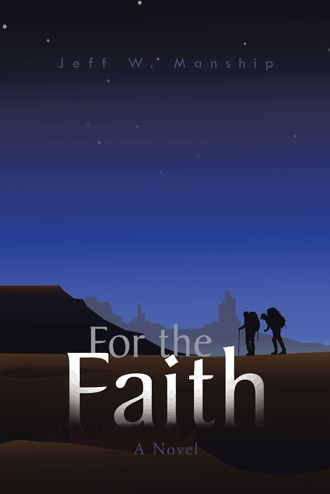 Samuel wondered if any of the others gathered there that morning were grappling with the same doubts and anxiety as he. Had they, too, been haunted by the awful realization that blood, likely innocent blood, would be shed this day? Had they, too, searched their souls, examined their faith, and questioned ideas they had once held sacred? Their faces betrayed no hint of the inner turmoil that each must be feeling. They stood about – somewhat bleary-eyed and confused, many with blankets draped about their shoulders against the early morning chill – and awaited orders from their appointed leaders. John D. Lee – the man who would one day bear the sole burden of blame for the heinous act about to be committed, who, acting under orders received from his superiors, would become their scapegoat when the law came seeking justice for the crime – stood before the assembled men and smiled approvingly. “I trust that you all searched your souls last night and know what you have to do,” he said, looking into their faces, searching for a light and a conviction that they knew this was right. But he saw only dull, glassy stares, uncertainty, and sadness. “Brethren, we need to know that we have your support in the operation we are about to conduct. Our success depends on each man doing his duty.” If he hoped for shouts of approval or some great show of enthusiasm, he was to be disappointed. The men just stood there, numb and mute. Few met his unwavering gaze. Fewer still could bear the looks of their neighbors. Most heads were down, bowed in silent agony, waiting for their instructions. “Our Indian brothers have agreed to do their part. None of us need bloody our hands with those innocents who, through no fault of their own, are found in the company of this band of demons. As we discussed last night, we will meet with these settlers under a flag of truce and persuade them to disarm themselves and allow us to accompany them to a safe retreat. They will accept our proposal because they have no choice. We will convince them that this is the only way the Indians will allow them to leave. Disarmed and discouraged from their recent losses they will fall easily into our hands.” The black-hearted treachery and deception that was proposed cut at Samuel’s heart like a blade of cold steel, but neither he nor any of the others could find the strength to say a word in rebuttal. All their arguments had already been heard and dismissed, and now it was only yea or nay, and woe to him who voiced his faithless nay. 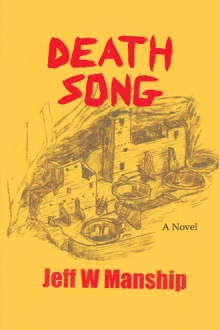 What will a man do—what crimes will he commit and what sacrifices will be make—for his faith? Is the radicalism of modern-day mullahs and their followers far removed from the strange fanaticism found in our own Christian heritage, perhaps lying dormant within our own family histories? Alan McMurdie confronts these questions when his only son commits suicide, and he is left holding the broken pieces of a family that is torn asunder by tragedies that transcend generations of faithful Mormon ancestors. A young boy conceals his baptism from a stepfather who despises all religions. Later, as a young man, he discovers a fortune in uranium in the deserts of Southeastern Utah and makes a bold decision to abandon it all for the glory of serving God. As a missionary in the Southern United States, he witnesses firsthand the heartache and the tragedy that sometimes follow those who choose faith over false traditions. Two generations later, another young boy will experience the nightmare of being sexually molested at a Boy Scout camp and later will have to confront the awful truth of his own sexuality, an immutable reality that places him at odds with the strict teachings of his Mormon faith. And an even darker secret lies buried within the family’s history: a terrible secret from the distant past of an ancestor involved in one of the most shocking and sordid crimes of the nineteenth century—a crime made more hideous because it was driven by obsessive, fanatical faith. Throughout five generations, the McMurdie family has carried the burden that an overzealous faith sometimes places on its adherents. From triumphs of the human spirit to the very depths of delusion and despair, they have given all, suffered all, and witnessed all—for the faith.

After serving for two years as a missionary in Mexico, Jeff W. Manship returned to Boise, Idaho to complete his studies at Boise State University earning a Bachelor's Degree in Geology. His writing is strongly influenced by his multi-generational Mormon heritage, as well as a deep interest in the history, the culture, and the geography of the West. He began writing his first novel, Death Song, while employed at the Idaho National Laboratory. Searching for years to find a publisher, he eventually shelved the project and completed the manuscript for, his second novel, For the Faith, before publishing both of his novels in the same year. He and his wife, Robbin, are the parents of three children and currently make their home in Idaho Falls, Idaho.