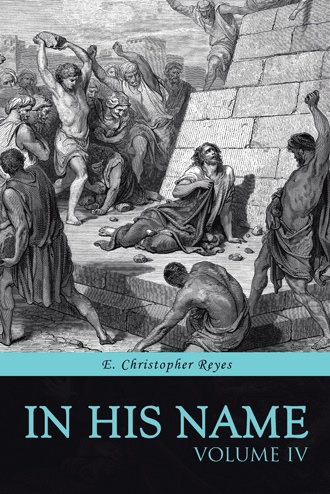 The way to maintain a Christianized falsehood is to stigmatize the real truth to such an extent that it would be heresy to even listen to it. “For one who is seeking historical truth . . . A record held sacred is for the most part fundamentally vitiated [vitiated (Random House): 1. spoiled; marred. 2. perverted; corrupted. 3. rendered invalid]” (Tacitus, 1, 2, 13; p. 25–56). What does Christianity teach man? “Christianity teaches that the human race is depraved, fallen, and sinful” (D. James Kennedy, Why I Believe, World Publishing, 1980). This book is about the Christian leadership, which planned from the very beginning to deceive mankind, force feed mankind with their intellectual arrogance, convolutions, superstitions, and boldly admit to it; fabricating lies so preposterous and so deliberately outlandish that even the saints, who also obliged Christian subjects with their theological tunnel vision, had to write of them. The series of books entitled In His Name will virtually challenge everything you have been taught about Christianity. Just because something is old or of antiquity does not necessarily mean that it is the Truth! (1 Timothy). Christian apologists proclaim that “Christianity is not only a Revelation of Divine Truth; it is also the Inspiration to a more virtuous life” (excerpt from The History of the Orthodox Church by Rev. Constantine Callinikos). Time itself will someday expose the fallacies of their faith, a faith that not only deceives its followers but a faith that will also condemn them and condemn all constructive sacred learning. ________________________________________ “Oh, what a tangled web we weave . . . When first we practice to deceive!” (Sir Walter Scott). ________________________________________ Why do Christian churches refuse to let their congregations read of the beginnings of their faith? Why does the Christian Church refuse to allow their membership to read of the original authors? Why does the Church equate suffering with virtue? This book will challenge your beliefs. It is meant to get one to think rationally, sensibly, realistically. However, one must know that most churches do not want you to think rationally; they would rather you not think at all. At one time, the Catholic Church even issued guidelines as to which books a university could, with permission, disseminate to its students, and even the works of Aristotle [the Prince of Philosophers] and the Holy Bible itself were actually forbidden.

Mr. Reyes was born and raised in Los Angeles, California. Contracting infantile poliomyelitis at about three years of age, he was confined to an iron lung for a long period of time, then wore braces from his chest down to his feet with Canadian crutches to assist him in walking again. Always fascinated about the subject of religion, he has endeavored to research the truth and has often come under the wrath of the fundamentalists. Mr. Reyes, in his books, goes back to the beginnings of Christianity, its impact upon society, and how it spread across the world.