by The Usual Bohemian 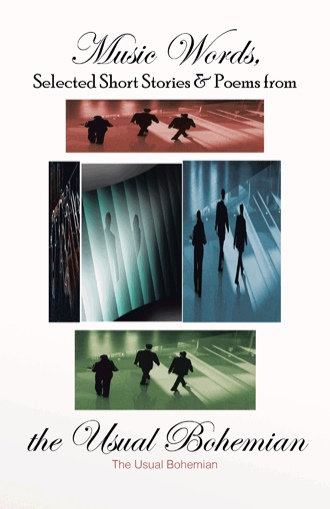 The Wautowma Worm Moon Festival Talent Show [Monday (school holiday), March 17, 1986, 3:08 p.m.] The following is an excerpt/short story from the novel, My Viridian Rose. It is set in the fictitious town of Wautowma, Wisconsin. Any resemblance to real persons, places and/or events is purely coincidental. It was right about then a short, rather stout man came puffing up with quite a red and perspiring face. “Ah… so… there…. You… are…” The man was really breathing quite hard. Wendell waited several seconds before he addressed the late coming stranger. “Yes… can I help you? I’m really on a tight schedule; about to do a sound check, and my schedule is very limited at this point. What can I help you with?” The man was holding a big covered cup of “Granma’ Hokapickle’s” lemonade. He took a couple of quick swallows, and about that time a large woman came puffing up to the stage area as well. The man saw her and lowered the cup of lemonade from his mouth; smiled and nodded at her, and then turned back towards Wendell. “Sorry about that… you know, the out of breath and everything. Our car broke down at Hommelfester’s Creek last night, and we couldn’t get here to sign in this morning. My name’s Schlank, ya know…‘Skinny feller’ in German, and this here’s Lucretia. Last name’s Pimplefester! Wife plays the double bell euphonium, and a concertina between her knees; I play the jaw harp, and we do a little volkslieder to some schuhsplatten with the full dress you know… and the wife wears a girdle with her dirndl. Now… don’t tell anyone, but I wear a girdle too under the ol’ lederhosen; here… got it in my travel bag- take a quick look!” The rotund man’s huffing subsided somewhat, and sure enough he reached into his vinyl duffle bag and produced a rather dingy and threadbare girdle (along with his pair of bright green lederhosen). “We’re quite a pair with the Native Bratwurst Bavarian Society you know… plan to steal the show. Can you be a fine fellow and place us on the roster? And if you don‘t mind, can you tell us where we can get a plate full of liverwurst, Fribourgeois and onions? Kind of a tradition don’t ya know… can‘t schuhsplatten on an empty unterleib.” Wendell didn’t quite know what to say, but he was definitely a little lean for talent this year. Frizzy Borelli had called late last night to cancel… his mule had a fit over a broken tooth, and ended up busting the outhouse gate down by his cheddar ice cream machine. Wendell handed the man a clipboard with a signup form, and about that time Guy came running up. “Mr. Muggeridge… Greta Van Klotchit is throwing up back stage. I moved her mother’s open accordion case just in time, and none of it got on the carpet. I think Greta’s ok, but her mom is turning a little green now. I’m not quite sure, but I don’t think she wants to play that accordion ever again. Is Greta gonna’ dance her ballet routine without music now?” Wendell scratched the other side of his head. “Just give her a rag, and tell her mom that ‘the show must go on;’ she can play it off stage. And tell Greta to lay off the schnitzel and jelly beans; it’s just not a good mix.” Beware the Haunt of the Doohicker The town knew a lass named Jenny, And alas, how she loved to spin; She’d trill and laugh until sun-up, And then pine for it all again. Piles and piles, most of gilded thread, Bicker, jostle… merchants would surely tussle; But gagged and bound, one day she was found, The doohicker had stilled her bustle. Tee-hee, tee-hee… Hee-her, who-her, ha… Hardee, blardee, hurdy-gurdy… Yukamuka, woo-hoo…. Yukamuka, woo-hoo…. Hee-her, who-her, ha. Traipsing to Auschwitz This is a work of historical fiction that contains some sobering elements of World War II history. It is hoped that all men and women everywhere would be diligent to remember the horrific plight of victims and their family members. “Ya vol mein Wachtmeister! Schnell!” A Yellow Star… so what! What great villainy is that? Children… old men, old women; tired, wrinkled, frozen. My feet… I used to feel them. Memories of a hearth… a dream of family… to dream of anything… “Sind Se Jude?” “Ani Yehudi.” A gewehr prods into the middle of my back. An old woman is unable to scale the side of the car… she is pushed down, and she begins to scream. A shot is heard… soon her tears are muffled. Through fear; our own tears are subdued. Stoic and somber… nameless faces of farmers, merchants, guild workers. “Hurry up! Get in the train car… NOW!” Many long years, the ancestors moved from Kiev, a galuth, presuming peace could be found, but all changed… many things changed… the currency collapsed. Schrecklichkeit; the cries of neighboring villages. Peace… what is that? Harassment now constant; we see barbed wire covered with icicles… frozen dirt mixed with dried blood and tears of children; all wiped with the chafed pieces of heart from grandmothers and bearded old men. Yes… the old people. Betrayed; a lifetime of dirty, cold sweat pulled from their calloused hands. A young man in his teen years points his rifle towards me. “Get in the car you scum!” I climb up, but turn to grab the shoulder of an elderly man. Now there’s yelling… the rifle greets the old man’s chin, and he is thrown to the side like a broken dreidel. “Oh dreidel… my dreidel… Dreams of Chanukah gone by. Dance with my childhood dreams, oh Dreidel… New home and hearth are Auschwitz, But we shall yet not say goodbye.”

The House of Bildeburg
The Usual Bohemian
$20.99 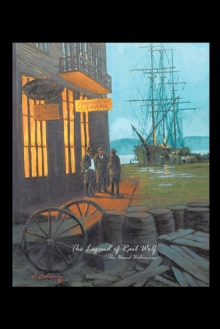 The Legend of Rail Wolf
The Usual Bohemian
$17.66

These sixteen stories and fourteen poems will send you on an amazing journey of artistry. The creativity and imagination will dazzle the reader with vivid adventuring into many diverse genres: from humorous works such as “The Wautowma Worm Moon Festival Talent Show,” to fine romantic pieces such as “It Happened in the Library;” the reader will be moved to profound emotion while reading, “Drinking Banana Milk at Matt Marsh’s” and “Traipsing to Auschwitz.” The Usual Bohemian provides a fine, literary and refreshing style that will find a place near the top of contemporary American fiction.

“The Usual Bohemian” is an Aspie who has worked in the California Public Schools for over 27 years, and has received a number of awards for teaching; including a nomination for a Disney Teachers Award. He has an A.S. degree in History; a B.A. degree in Social Science; a Single Subject Credential (with Multiple Attached); a Master’s Degree in Education; and a significant amount of post graduate work in Political Science. He has produced two prior novels (“Pure Iron Metal Head” and “My Viridian Rose”), which are both published with Trafford; numerous scripts, lesson plans and other curricula. One of his scripts, “The Lost Gold Mine” was recently reviewed in a Washington Times article, and "Pure Iron Metal Head" was solicited for privileged review by the Aaron Priest Literary Agency. His spouse is an Executive Director of a Nonprofit Healthcare Organization. His daughter attends Wellesley College and plays softball, while his son is a freshman in college.